Rublev sets up final against ‘lucky loser’ Sonego in Vienna

VIENNA (AP) — Andrey Rublev advanced to his fifth final of the season Saturday, setting up a title match against Lorenzo Sonego at the Erste Bank Open.

The fifth-seeded Rublev led 6-4, 4-1 when Kevin Anderson pulled out of their semifinal with a right thigh issue.

Rublev is 4-0 in finals in this shortened season and can become the first player with five tournament wins.

“I am really happy, after yesterday it was not easy to play against Evans but I won and I am so happy,” said Sonego, who had lost in qualification but was added to the main draw to replace the injured Diego Schwartzman and hasn’t dropped a set since.

The 42nd-ranked Italian is seeking his second career title, after winning in Antalya last year.

Rublev is 1-0 against Sonego after winning their duel at a clay-court challenger event in 2016.

Anderson, who won the event in 2018, wore tape on his thigh from the start of the match. He first got a medical timeout after losing the opening game of the second set and asked for treatment again at 3-0 before playing just two more games.

It was the second time this week that Rublev’s opponent quit their match, after Jannik Sinner pulled out after three games with a foot injury in the second round.

Coming off back-to-back wins in Hamburg and St. Petersburg, the Russian improved to 18-1 in his last four events.

“I came here thinking I had nothing to lose,” Rublev said. “I came here to enjoy, to do my best, to fight for every point every match. Now I am in the final, I will keep thinking the same way.”

In the opening set, Rublev and Anderson eased through their service games until 5-4, when Anderson held off two break points before double-faulting on a third.

Rublev, who served 11 aces, has not lost a service game all tournament.

After undergoing knee surgery twice, Anderson was seeking his first final since earning his sixth career title in Pune, India, in January 2019.

In the second semifinal, Sonego took a quick 3-0 lead against Evans and held on to that advantage as he conceded just four points on serve in the opening set.

Evans received treatment for a left shoulder problem after losing his serve in the first game of the second set. He broke Sonego in the next game.

However, the Italian broke back immediately and later closed out the win as Evans netted a forehand on Sonego’s first match point. 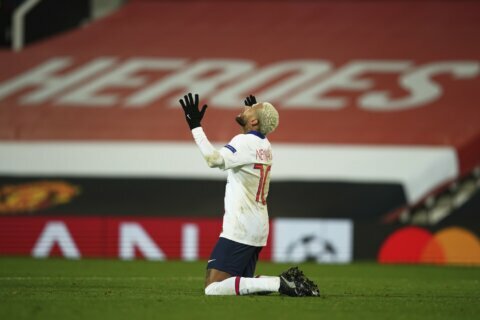 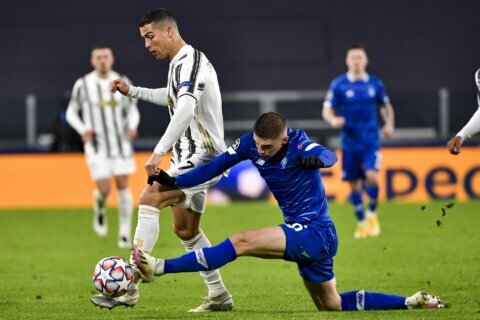