A look at what’s happening around European soccer on Sunday:

Everton’s squad strength will be put to the test in the trip to Newcastle as Carlo Ancelotti’s team looks to return to the top of the Premier League. Everton heads to St. James’ Park with Lucas Digne and Richarlison suspended, while James Rodriguez and Seamus Coleman are among those out injured. Ancelotti’s team lost its unbeaten record to open the season with a 2-0 defeat at Southampton last weekend and is now three points behind Liverpool, with a superior goal difference. With wins over Paris Saint-Germain and Leipzig over the past two midweeks, Manchester United is hitting some form going into a home match against Arsenal. Tottenham looks to win at home for the first time in the league when Brighton visits, while Aston Villa hosts Southampton.

Real Sociedad aims to retake the lead of the Spanish league when it visits Celta Vigo. Spain forward Mikel Oyarzabal has scored four goals in three consecutive wins in the domestic competition for the Basque side. Imanol Aguacil’s team lost 1-0 at Napoli on Thursday in the Europa League, but the coach was still positive about the performance of a team that counts on a talented midfield with Mikel Merino and David Silva. Sociedad trails leader Real Madrid by two points. Valencia welcomes Getafe after three consecutive defeats and pressure mounting on a club that sold its top players this offseason.

AC Milan will be confident of maintaining its unbeaten run and remaining top of Serie A. The Rossoneri are undefeated in 22 matches in all competitions and visit lowly Udinese, which has lost four of its last five league matches. Napoli and Sassuolo are two points behind Milan and they play each other at the Stadio San Paolo. Nine-time defending champion Juventus is two points further back and visits newly promoted Spezia. Also, it’s: Torino vs. Lazio; Roma vs. Fiorentina; and Sampdoria vs. Genoa.

Hertha Berlin’s season has not been going to plan — with three points from the first five games — ahead of its match against Wolfsburg. Expectations are high in the German capital following the recent investments from financier Lars Windhorst. But the coronavirus pandemic complicated the club’s transfer dealings over the summer, while players’ confidence has been knocked by four straight defeats. Hertha coach Bruno Labbadia is determined to put an end to that run, especially against his former club Wolfsburg. Wolfsburg is undefeated this season after starting with four draws in five games. Freiburg hosts Bayer Leverkusen in the Bundesliga’s other game.

Lille’s unbeaten record faces a stern test against a Lyon side which has returned to scoring form thanks to some stellar performances from Memphis Depay. The Netherlands forward was expected to join Barcelona in the recent transfer window but the move fell through at the last minute. Since focusing his efforts back on Lyon, he has been outstanding, especially with his passing. Having recently ended Rennes’ unbeaten record, Angers is at home to coach Patrick Vieira’s improving Nice side. Monaco must plug its leaky defense when it hosts midtable Bordeaux. 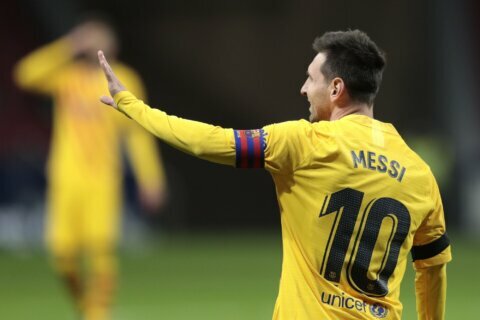 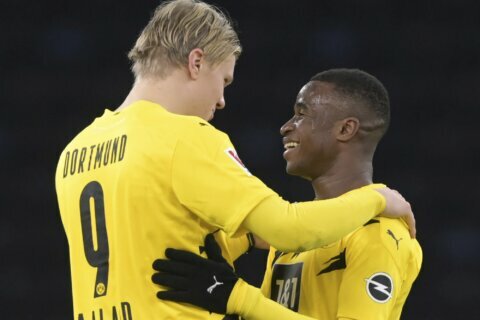