Sofia Kenin, a 21-year-old from Florida, and Iga Swiatek, a 19-year-old from Poland, will face each other in the French Open women’s final. Kenin is seeded No. 4 and is seeking a second Grand Slam title of the season after winning the Australian Open in February. Swiatek is ranked No. 54, the lowest spot for a finalist at Roland Garros since the WTA computer rankings were introduced in 1975. She seeks her first Grand Slam title; in six previous appearances, her best showing was the fourth round. They last time they played against one another was in the French Open junior tournament’s third round in 2016. Kenin needed to get through three sets to win four of her half-dozen matches in Paris this year, an indication of some occasional lapses in form, perhaps, but also of her boundless resilience and grit. Swiatek’s progress through the surprise-filled draw over the past two weeks has been as impressive as can be. She hasn’t dropped a set so far in six matches and has lost a total of only 23 games. She eliminated both 2018 champion Simona Halep and 2019 runner-up Marketa Vondrousova by a 6-1, 6-2 score.

99-2 — Rafael Nadal’s career record at the French Open, including 25-0 combined in semifinals and finals.

“It’s his house.” — Novak Djokovic, speaking about Rafael Nadal, who has won 12 titles at Roland Garros. 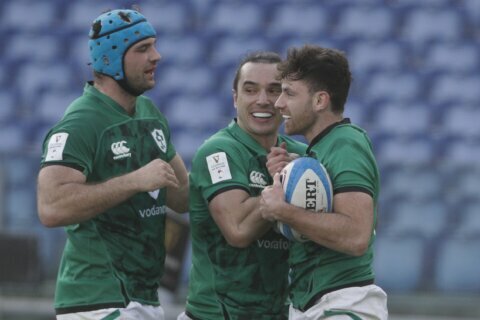