Rafael Nadal will be playing in his 34th Grand Slam semifinal as he pursues a record-tying 20th major championship, 13th at the French Open. His opponent in the final four at Roland Garros? Diego Schwartzman has never been this far at a Slam. Novak Djokovic will be participating in his 38th Grand Slam semifinal as he eyes his 18th major championship. His foe Friday? Stefanos Tsitsipas only once before has been in a major semifinal, and he lost it. What’s happened in the past will not necessarily matter in the present. Still, the contrasting resumes really stand out for the two matches in Court Philippe Chatrier. No. 2 Nadal vs. No. 12 Schwartzman is first on the schedule, and there is a bit of a twist: Even though Nadal owns a 9-1 lead in their head-to-head record, it was the 28-year-old Argentine who won their most recent encounter, on clay at the Italian Open last month. “I know … that I can beat him. That’s important,” said Schwartzman, who got past U.S. Open champion Dominic Thiem in five sets that lasted more than five hours in the quarterfinals. More daunting to consider is how Nadal thrives on the red clay of Paris: He is 98-2 overall, including 24-0 in semifinals or finals. “Rafa is the legend here, is the owner of this place, almost,” Schwartzman acknowledged. No. 1 Djokovic has a narrower history of success against No. 5 Tsitsipas, a 22-year-old from Greece, leading their matchup only 3-2. Djokovic offered this assessment: “He has an all-around game. He’s a big guy. Big serve. He has weapons, obviously serve and forehand, his backhand. He produces a lot of spin. He comes into the net. He can play aggressively. He can defend well because he moves well. He’s really a complete, all-around player. I think he’s one of the hardest-working guys out there.” One thing to watch from the ouset will be how Djokovic fares physically. He wore a patch on his neck and had trouble with his left arm and shoulder in the quarterfinals, when he dropped the opening set before straightening himself out. “An opponent is an opponent,” said Tsitsipas, whose coaching team includes his father, Apostolos, and Patrick Mouratoglou, who works with Serena Williams. “Doesn’t matter if he is injured or not.”

54 — Iga Swiatek’s ranking, the lowest for a French Open women’s finalist since the WTA computer rankings began in 1975.

“If I’m not going to choke … everything will be fine.” — Iga Swiatek, the 19-year-old from Poland whose first Grand Slam final will come against Australian Open champion Sofia Kenin on Saturday. 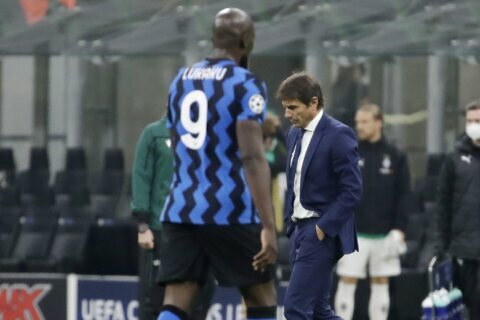 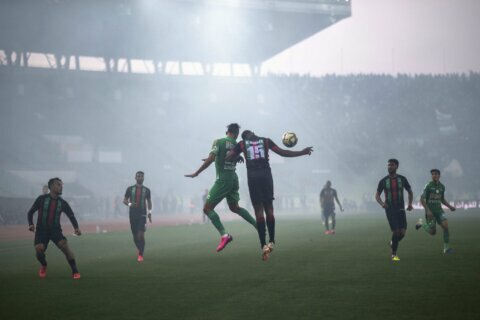 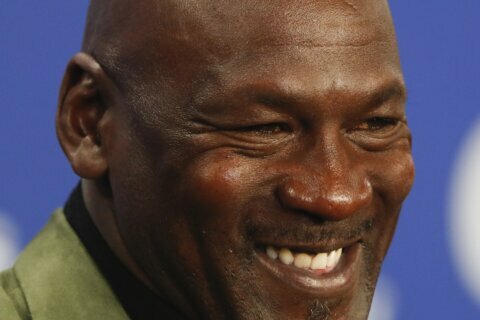