The 35-year-old Elliott went 16-7-4 with a 2.87 goals-against average with two shutouts this season. He went 1-1 in two playoff starts as the backup to Carter Hart.

“Brian is a quality, veteran goaltender who is also an important part of our leadership group,” general manager Chuck Fletcher said Saturday. “His preparation and work ethic are exemplary. With Brian and Carter, we believe we have a strong goaltending duo who have each had success and work very well with each other.”

Elliott’s career has also included stops in Calgary, St. Louis and Ottawa. He helped St. Louis reach the Western Conference Finals in 2015-16 with a regular season record of 23-8-6 in 42 appearances. 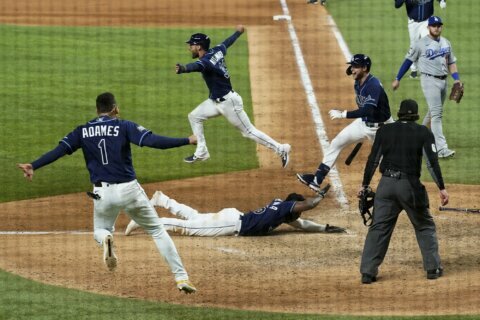