“You don’t come into these games and play their level of quality without having to deal with problems and we had to see that spell through,” Southgate said. “What pleased me was that we had the resilience to see it through, then you’ll get your opportunities and the game will start to open up.”

England is a point ahead of Belgium in Group 2 of League A ahead of hosting Denmark on Wednesday.

While Belgium was able to play the Ivory Coast in front of thousands of fans in Brussels on Thursday, Wembley remains closed — like all English stadiums — as part of ongoing coronavirus restrictions.

In the stadium that was due to host the European Championship final in July — until the event was pushed back a year due to the pandemic — England fell behind in the 16th minute after Lukaku fell under Eric Dier’s sliding challenge.

It was Thomas Meunier penalized for bringing down Jordan Henderson that led to Rashford netting from the penalty spot in the 39th.

“We can be a free-flowing, free-scoring team but against the very best, the detail of how you defend as a team has got to be absolutely bang on,” Southgate said. “In the second half we got that right, in the first we struggled with their movement and their quality.”

The winner came in the 64th when a deflection off Toby Alderweireld helped Mount’s strike beat goalkeeper Simon Mignolet and give the Chelsea midfielder his first England goal.

“We didn’t want them to have a lot of the ball, especially in our half,” Mount said. “We were trying to stay higher and I thought we did that and be better on the ball, try and keep it better in their half and create chances.” 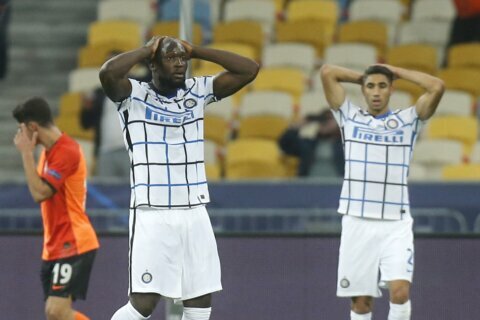 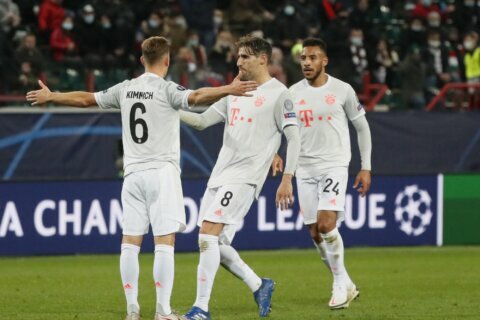