COLUMN: Time is now for Elliott to race into title round

CHARLOTTE, N.C. (AP) — Chase Elliott again has a chance to take the next step in his young but quite…
Listen now to WTOP News WTOP.com | Alexa | Google Home | WTOP App | 103.5 FM

CHARLOTTE, N.C. (AP) — Chase Elliott again has a chance to take the next step in his young but quite celebrated career. He’s back in the round of eight for a fourth consecutive year, once again trying to drive through to his first championship finale.

Is he a true contender?

The time has come for him to prove it.

Kyle Busch is out of the way, eliminated Sunday after Elliott won on The Roval at Charlotte Motor Speedway. Busch won’t race in the final four for the first time since 2014, and there will be a new Cup champion this year.

Kevin Harvick and Denny Hamlin, winners of a combined 16 of the 32 races so far this season, are heavily favored to advance to the Nov. 8 finale at Phoenix. That would leave just two remaining slots for the rest of the field; six drivers hoping to join Harvick and Hamlin in the winner-take-all desert showcase.

“We tend to see the same guys make the final four every year, the same group fighting for those spots,” Elliott said. “We’re very capable of asserting ourselves amongst them.”

Busch has cleared out after five straight appearances — two were title-winning years — so there’s room for a wild-card winner this November.

Elliott, who three times before has stalled his season in the round of eight, is a credible candidate. He’s won three races for the third year in a row and is statistically on pace for the best season of his career.

The Hendrick Motorsports No. 9 team has been solid before but always stumbled in this critical three-race round. That’s unacceptable for such a high-level team. Elliott is considered the centerpiece at Hendrick Motorsports, particularly with seven-time champion Jimmie Johnson’s retirement just one month away, and he gives Chevrolet its best shot at ending a three-year title drought.

Chevy has not advanced a driver to the final four since Johnson won his last title in 2016. The bowtie brand watched as Ford and Toyota went head-to-head for the title the last three years. Chevrolet, and cornerstones Hendrick and Elliott, were shut out of the crowning race.

The burden falls to Elliott, NASCAR’s two-time defending most popular driver, to get Chevy a ticket to the final show. He’s long been spotlighted as the future of NASCAR and the time has come for him to answer the expectations on the track.

Elliott at The Roval won his fourth straight road course race, proving he’s the best active driver in the series at that discipline. There are no road courses in this next round that begins Sunday at Kansas Speedway.

Elliott is good enough at Kansas and even won there in 2018, but the No. 9 team struggled to a 12th-place finish there in July. He also finished 12th a week earlier at Texas Motor Speedway, the second stop in this round.

If this is the year Elliott is to race for a title, he’ll need significant improvement at those two tracks the next two weeks.

“Both races were disappointing for us,” acknowledged crew chief Alan Gustafson. “We’ve got to find a way to get through. Running at the sharp end of the spear is going to be what it takes. I think we can do it.”

There’s been attention on Elliott since before he reached the national level. His father is “Awesome Bill from Dawsonville,” the Hall of Fame 1988 champion and record 16-time most popular driver. Chase has followed those footsteps the last 24 years.

When he was 13, Elliott was featured alongside golfer Jordan Spieth and tennis player Madison Keys in a 2009 Sports Illustrated “Where Will They Be” feature of 14 athletes. He signed a driver development deal with Hendrick Motorsports when he was 15 and was racing in the Truck Series two years later.

Elliott won the Xfinity Series championship as an 18-year-old rookie in 2014 and his career was fast-tracked for stardom.

Now in his fifth full Cup season, the nine-race winner needs to reach that next performance goal. Gustafson said his team was better the last few years than its final results showed and the No. 9 could have gone to the final four.

Elliott also believes he’s been very close and through consistency and mistake-free races his team “can run with whoever when we’re at our best. I really believe it.”

He’s got to first advance to the finale, then find a way to beat Harvick and Hamlin.

“That’s why we go race, to find out who wins and who loses,” Elliott said. “We made the round of eight the last couple years, that’s a great thing, that’s a great achievement. But we always want more. I think we’re very capable of it.” 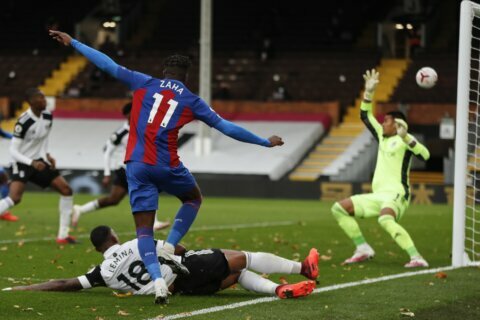 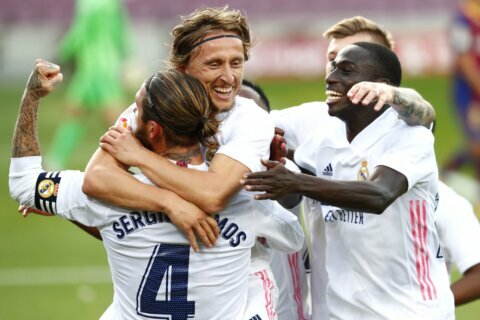