Clarke had a 6-under 66, Montgomerie shot 67 and Austin 69 at Prestonwood Country Club. Charles Schwab Cup leader Bernhard Langer (66), Vijay Singh (66) and David Toms (67) were a stroke back.

Furyk was 6 under, following an opening 70 with a 68. He won at Warwick Hills and Pebble Beach, two courses he played regularly on the PGA Tour.

Clarke birdied the final two holes and four of the last five in a bogey-free round.

“The greens are awesome,” Clarke said. “I mean, the whole golf course is awesome, but the greens are as pure as you’re going to play anywhere in the world. They’re running about 12 1/2, so you leave yourself in the wrong position on the greens, you’ll be struggling to two-putt. So you’ve just got to play a little bit smart, try to play smart, which isn’t always my strongest point.”

Montgomerie also closed a bogey-free round with two birdies.

“I’ve been changing my swing,” Montgomerie said. “ I’ve lost a little weight and I put a little bit on again. American food, you can’t help it. I’ve been coming more inside on the backswing, or it feels like that, it might not look it on the screen, but it does definitely feel. Coming inside. So I’ve got a better launch, I’ve got a better trajectory, just the whole thing’s better than it was. A better flight in the ball and it’s going further.”

Defending champion: Jerry Kelly was 5 under after a 67. 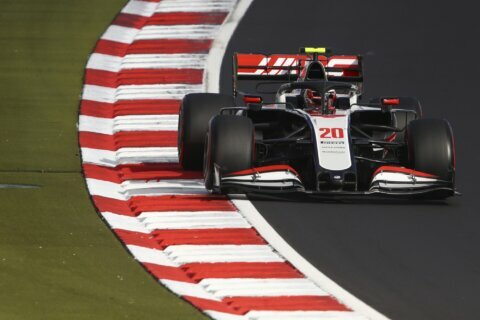 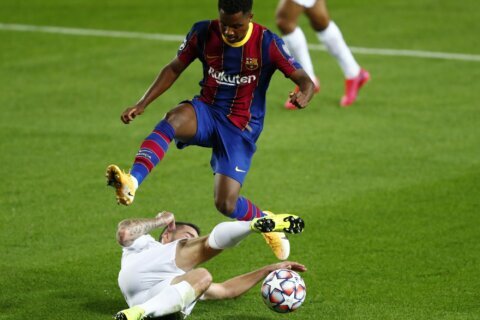