MÖNCHENGLADBACH, Germany (AP) — Real Madrid escaped another Champions League defeat with a stoppage-time goal from Casemiro to rescue a 2-2 draw at Borussia Mönchengladbach on Tuesday.

Madrid failed to cope with Gladbach’s fast and fluid counterattacks as Marcus Thuram scored both of the German club’s goals. Casemiro assisted Karim Benzema’s overhead kick to give Madrid hope of a comeback in the 87th and then scored himself in added time.

After a 3-2 defeat to Shakhtar Donetsk last week, Zinedine Zidane’s team has one point from its opening two group-stage games ahead of playing Inter Milan home and away. Madrid has never been eliminated from the Champions League in the group stage. Madrid’s 3-1 win over Barcelona in Saturday’s ‘clásico’ is its only win in the last four games.

“We didn’t think this would be such a drama. But my team showed that they know how to react,” Zidane said.

“This was a very important point to secure. This is going to be a difficult year for everyone, but I’m proud of my team tonight.”

Gladbach conceded a late goal for the second game in succession after Romelu Lukaku salvaged a 2-2 draw for Inter last week. One of Germany’s and Europe’s biggest clubs in the 1970s and 1980s, it was playing Madrid for the first time in 35 years.

With only one injury-enforced change from the lineup which beat Barcelona, Madrid dominated the early stages but couldn’t break through Gladbach’s well-organized defense. The German team seized its chance in the 33rd minute when Jonas Hofmann won the ball in midfield and found Alassane Pléa, who swung in a cross-field pass for Thuram to run on and score.

Marco Asensio hit the post in the opening minute of the second half, but again Gladbach clung on and again it scored, Thuram knocking in the rebound in the 58th after Thibaut Courtois kept out Pléa’s shot off a Stefan Lainer cross. Thuram, the son of former France defender Lilian Thuram, has made his mark in his first Champions League campaign and also won a penalty in last week’s draw with Inter.

Pléa went one-on-one with Courtois soon after Gladbach’s second goal but the Belgian keeper made a low save to prevent the German team taking a 3-0 lead.

Gladbach was always keen to slow the game down and time was running out for Madrid to respond before Benzema scored for Madrid in the 87th with an overhead kick after Casemiro showed good awareness to head a wayward cross back to the French striker. The Brazilian scored the winner deep into stoppage time when substitute Luka Modric crossed for Sergio Ramos, whose header fell for Casemiro to power past goalkeeper Yann Sommer.

Inter and Shakhtar drew 0-0 in Ukraine in the evening’s other Group B game after Inter twice saw shots hit the crossbar. That left Shakhtar on four points at the top of the group, with Inter and Gladbach on two points and Madrid with one.

There were no fans in attendance for Gladbach’s game against Madrid. The Bundesliga started the season with supporters in the stadiums, but local restrictions have increasingly returned amid rising coronavirus case numbers. 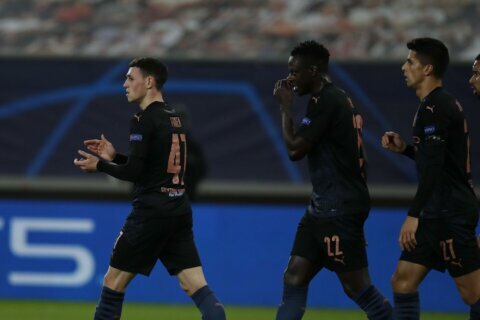 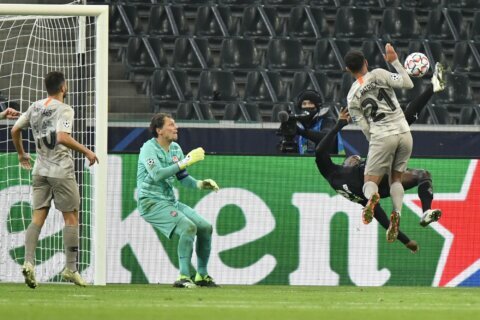 Gladbach beats Shakhtar to put pressure on Madrid and Inter 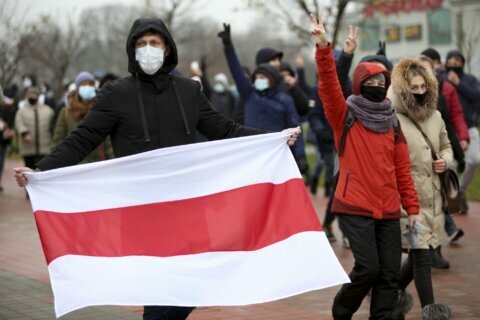