FORT WORTH, Texas (AP) — Harrison Burton stormed past Noah Gragson in the final turn Saturday at Texas Motor Speedway to win the Xfinity Series race and deny Gragson a spot in the championship round.

Gragson was one turn away from earning an automatic berth into the title-deciding finale but instead had to settle for a second-place finish. Gragson entered the race last in the playoff rankings, 33 points below the cutline and needing a victory to advance.

Burton won for the third time this season in a Toyota for Joe Gibbs Racing but was eliminated from title contention in the first round.

“That’s what we came to do, to be fast and to do what we did on that last lap was incredible,” Burton said.

It was another chapter between a pair of drivers who have had conflict this season, including a scuffle post-race at Kentucky in July in which punches were thrown.

Chase Briscoe is the only driver locked into the finale at Phoenix next month. The remaining slots will be decided in next week’s elimination race at Martinsville Speedway in Virginia.

“I felt like we had a fast car there and just frustrated at myself,” Gragson said. “Make or break your season right there, and just gave it away.”

Gragson remains 24 points below the cutline and his frustration was evident when he used profanity in a live NBC Sports Network interview.

Austin Cindric, a five-race winner this season, is second in the standings and followed by Justin Allgaier and Justin Haley.

Brandon Jones, Ross Chastain, Gragson and Ryan Sieg are all in danger of elimination at Martinsville.

Jones and Allgaier crashed out of the race in a late incident with Chastain, and Allgaier took aim at Chastain’s driving after.

“He just decides to hang a left because he’s aggravated and he wrecks the whole field,” Allgaier said. “Ross is pretty two-faced and says a lot of things outside the race car and then drives like this on the race track sometimes and it’s pretty disappointing.”

Chastain, who is being promoted to Cup next season with Chip Ganassi Racing, took full responsibility for the crash.

“It’s my fault,” he said. “I don’t deserve what I have in front of me. I don’t deserve to drive this racecar. To make those mistakes — absolutely unacceptable.” 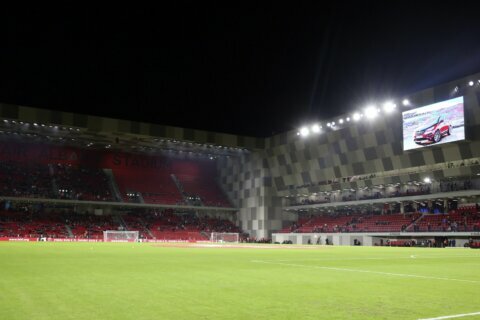 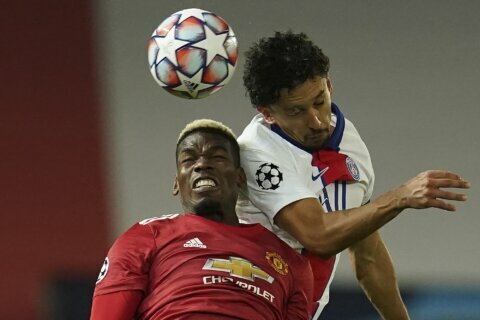