PRAGUE (AP) — Israel midfielder Nir Bitton and three Czech Republic players have tested positive for the coronavirus ahead of their Nations League game.

The three Czech players were not identified and were in isolation, while 16 others — 11 players and five staff members — were retested. Of the 11 players, 10 tested negative and one result was again inconclusive, the Czech Football Association said on Saturday.

The Czechs play Israel in Haifa on Sunday, and Scotland in Glasgow on Wednesday.

The team was to fly to Israel on Saturday from Cyprus, which hosted the Czechs in a friendly on Wednesday. The visitors won in Larnaca 2-1.

The association said nine players as well as staff members and coaches were “on their way to Israel” after they tested negative. The rest had to wait for test results and nine of those who tested negative will join the team in Israel later.

The association said earlier it was prepared to fly in replacement players from the Czech league, if needed, so the match can go ahead on Sunday.

Last Monday, one Viktoria Plzen player who tested positive before the Cyprus friendly left the team with two of his teammates with whom he was in close contact.

In September, the Czechs had to name a completely new squad just a day before a Nations League game against Scotland after a coronavirus outbreak in the camp. They lost in Olomouc 2-1.

The Czech Republic has been facing a record surge in new virus infections with more than 8,000 new positive cases on Friday. 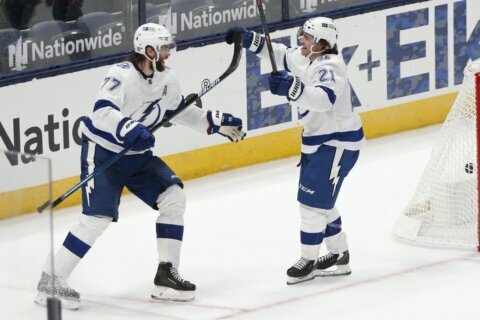