Coupled with progress in the League Cup, Everton has made its best start to a season since the 19th century with seven wins out of seven.

Everton has the leading scorer across Europe’s top five leagues after Dominic Calvert-Lewin headed the hosts in front in the 16th minute with his ninth goal of the season in all competitions.

The prolific form has earned Calvert-Lewin a first call-up to England but there was less joy for another member of Gareth Southgate’s squad — goalkeeper Jordan Pickford.

The England No. 1 was at fault for Neal Maupay’s equalizer, failing to hold Leandro Trossard’s volley hammered into the turf.

He was grateful to the club’s Colombia connection as James’ free kick presented Mina with his first Goodison Park goal in first-half stoppage time.

James then took his tally to three goals since signing from Real Madrid with a pair of far-post finishes in the second half from crosses by Richarlison’s replacement, Alex Iwobi, and Abdoulaye Doucoure.

“He’s a top player and when he gets on the ball you see that quality he’s got,” Calvert-Lewin said of James. “He draws people in and opens space up for other players and for me, as a center forward, he creates chances and that’s all I can hope for.”

Yves Bissouma volleyed in a late consolation for Brighton, which has three points from four games.

Everton, which last won the English championship in 1987, has the only perfect record after four games. Leicester and Liverpool have both won three out of three.

“We did really well this period,” Everton manager Carlo Ancelotti said. “Winning games and showing good quality. The spirit is good, we are really pleased, but it’s only the start of the season.” 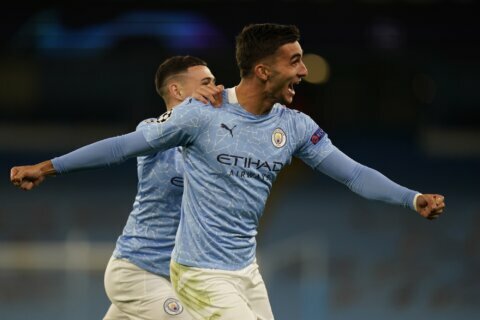 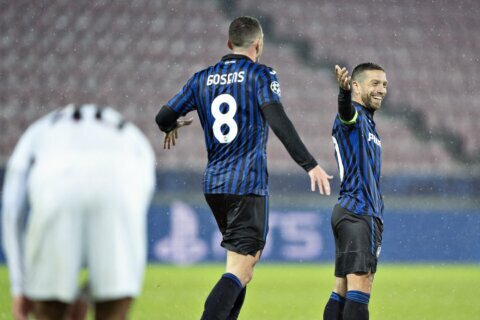 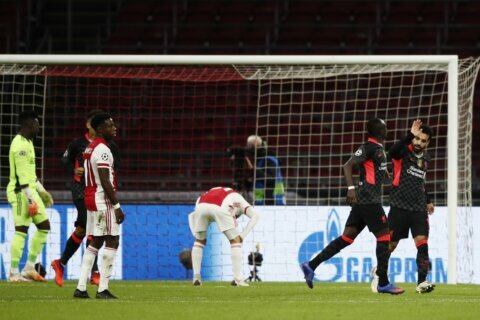