Wondo says athletes have responsibility to use platforms

Chris Wondolowski knows history when he sees it.

The 37-year-old Major League Soccer veteran and the league’s all-time leading scorer watched as the Milwaukee Bucks decided not to play in a playoff game to protest social injustice. Other athletes followed their lead across sports, from the WNBA to Major League Baseball to the NHL and yes, to MLS and Wondolowski’s own team.

“Credit to Milwaukee and credit to a lot of NBA players. Doc Rivers’ message was moving. I can go down the list, but Chris Webers’ was unreal. Kenny Smith walking off the set live, it was unreal,” Wondolowski said. “That’s something that I’ll always remember. And even coming home last night and having to explain to my daughter why I didn’t play. … It’s something that should not be taking place but needs to be taking place.”

Wondolowski, who has spent all but three seasons of his 16-year career playing for the San Jose Earthquakes, spoke with conviction about Black Lives Matter and the responsibility of athletes to use their platforms.

“We don’t want lip service anymore,” he said. “It’s time for actual actions to be made, and time for a change.”

This is also personal: Wondolowski is Native American, of the Kiowa Tribe in Oklahoma. He pointed to the fact that Native Americans have traditionally been undercounted in the census, and an earlier deadline for the 2020 Census again threatens to impact representation.

“It’s just one of the many, many microcosms of how the social injustices plagued our culture. And it’s so sad to see,” he said.

Known for his easygoing nature, Wondo grew up in the San Francisco suburb of Danville. He played at tiny Division II Chico State. He went on to play for the U.S. national team. One of the oldest and longest-tenured players in MLS, he was the Golden Boot winner in 2010 and 2012.

Wondolowski currently has 161 career goals, an ever-growing record, including two this season.

In the wake of the MLS players’ protest, Real Salt Lake owner Dell Loy Hansen went on a local radio show to complain he felt disrespected by their decision not to play. A storm of criticism followed, but then reports also surfaced that Hansen had a history of racist remarks.

Initially, Hansen took a leave of absence from his role as owner of RSL, the USL’s Real Monarchs and the Utah Royals of the National Women’s Soccer League. By Sunday, he had announced he was selling Utah Soccer Holdings.

MLS announced Tuesday that John Kimball, one of RSL’s founding executives, will return as interim president of Utah Soccer. Kimball, who has been with Larry H. Miller Sports & Entertainment since 2015, will take leave as president of Vivint Arena, home of the NBA’s Utah Jazz.

A few suitors for the three clubs — the preference is to sell them together — were quick to emerge.

Toronto FC and U.S. national team forward Jozy Altidore is among one of the highest-profile possible buyers. When the scandal surrounding Hansen first broke, Altidore posted to Twitter: “He needs to sell the team then. I’m involved in a group that’s ready to purchase it. Time for change.”

Timbers captain Diego Valeri became a member of an exclusive club Wednesday night when he scored late in Portland’s 3-2 loss at home to the LA Galaxy.

It was his 80th career goal, and with it he joined just two other MLS players to reach at least 80 goals and 80 assists: Landon Donovan and Jaime Moreno.

“It says how hard I work for this club and try to give the Portland Timbers the prestige deserved by the club and the supporters. On the individual side I’m very satisfied by that,” Valeri said. “It is something that is not every day, it takes a lot of time and it takes a lot of games. It’s a feeling satisfaction and also gratitude to my family.” 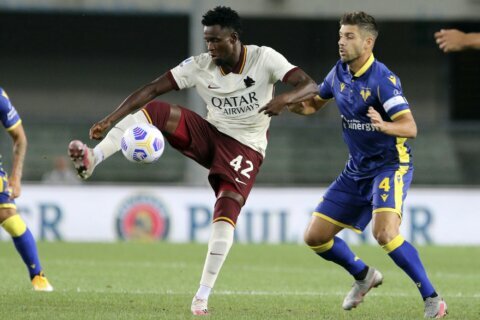 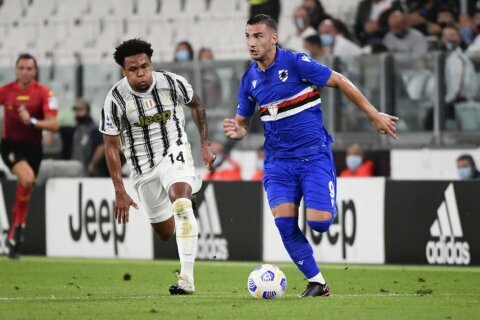