RUTH BADER GINSBURG, 1933-2020: Trump to Senate: Vote 'without delay' on his high court pick | How Ginsburg's death could reshape the election | How to honor RBG by supporting her favorite causes
Home » Sports » US Open Glance: Men's…

US Open Glance: Men’s bracket moves on from Djokovic default

The man who benefited from Novak Djokovic’s U.S. Open disqualification, Pablo Carreño Busta, heads into the quarterfinals to face Denis Shapovalov, a 21-year-old from Canada. In the other men’s quarterfinal for the top half of the draw, No. 5 seed Alexander Zverev faces No. 27 Borna Coric. In women’s action Tuesday, two Americans will both be trying to reach their first Grand Slam semifinal. Shelby Rogers has to go up against two-time major champion Naomi Osaka, while No. 28 Jennifer Brady plays No. 23 Yulia Putintseva. Osaka won the 2018 championship in New York, then the 2019 Australian Open. She and Serena Williams, whose quarterfinal will be Wednesday, are the only past title winners at Flushing Meadows who are left in singles competition this year.

16 — Number of years since the men’s quarterfinals at any Grand Slam tournament did not include at least one of Roger Federer, Rafael Nadal or Novak Djokovic.

“I have to be deadly honest: I wasn’t brave enough in the third set.” — Sakkari, who was up a break on Williams at 2-0 in the final set before losing. 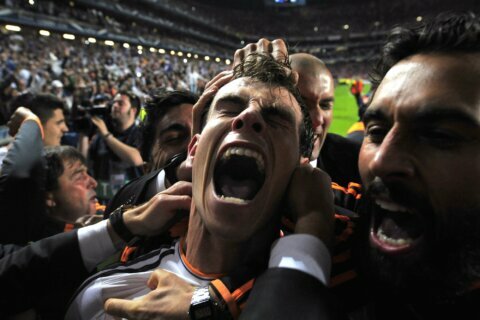 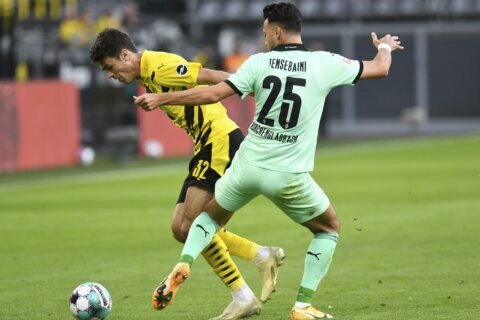