Tottenham falls foul of handball rule to draw with Newcastle

LONDON (AP) — Tottenham fell foul of the Premier League’s newly adopted interpretation of defensive handballs, conceding a penalty deep into stoppage time to draw 1-1 at home to Newcastle on Sunday.

A header by Newcastle substitute Andy Carroll struck the outstretched arm of Eric Dier — who was looking the other way — inside the area and the referee awarded a penalty after viewing the incident on the pitchside monitor.

Callum Wilson converted the spot kick in the seventh minute of added-on time, leading to Tottenham manager Jose Mourinho storming down the tunnel in disgust.

The Premier League has fallen in line with the rest of European soccer this season and applied the defensive handball ruling in a stricter way rather than judging it on intent. Like Robin Koch, Victor Lindelof, Matt Doherty, Neal Maupay and Joel Ward before him this season, Dier was adjudged to have made his body unnaturally bigger by having his arm out when it was hit by the ball.

Crystal Palace manager Roy Hodgson said Saturday, after seeing his side lose 2-1 to a penalty awarded for handball, that the rule was “killing the game” and “destroying my enjoyment of the game of football.”

Lucas Moura had put Tottenham ahead in the 25th minute, tapping in at the back post after Harry Kane had driven the ball across the six-yard box.

Having set up all four of Son Heung-min’s goals in a big win at Southampton last weekend, Kane is already a quarter of the way to the assist record for a single season — held jointly by Thierry Henry and Kevin De Bruyne — after just three rounds of games.

Tottenham should have been leading by a bigger margin at halftime against a lackluster Newcastle, with Son striking the post and crossbar with shots from outside the area and Kane forcing a series of impressive saves from goalkeeper Karl Darlow.

Newcastle applied more pressure in the second half without ever seriously troubling Tottenham goalkeeper Hugo Lloris, until the penalty.

Amid a busy schedule of games owing to his team’s involvement in Europa League qualifying, Tottenham manager Jose Mourinho took off Son at halftime and later said the South Korea forward had a hamstring injury. 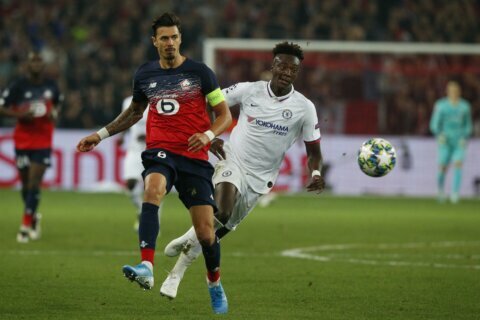 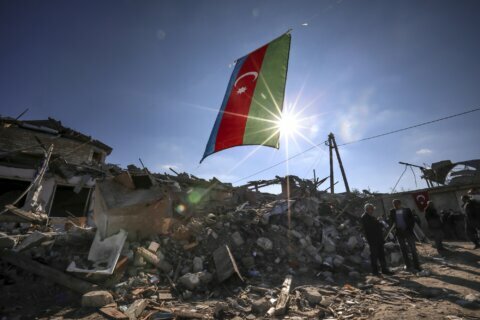