EDMONTON, Alberta (AP) — Tampa Bay coach Jon Cooper said the daily routine remained unchanged, even on the day when his team had an opportunity to win the Stanley Cup.

“It’s come to the rink, it’s do media, go over what happened the previous day,” Cooper said Monday before Game 6.

Asked further if he had even wrapped his head around the possibility of lifting the Stanley Cup, he again said nothing had changed. The Lightning had a 3-2 series lead in the best-of-seven series.

“Distractions can be an enemy. And the one thing, if you start thinking about an outcome and not about the process, I think you’re destined to fail,” Cooper said. “That’s taking your focus away from the task. So we don’t want that. … You have to focus on the task at hand, and not the outcome.”

WHERE ARE THE FINNS?

Defenseman Miro Heiskanen was on a better-than-a-point-game pace for the Dallas Stars through the first two rounds of the playoffs, with five goals and 12 assists in 13 games.

Joel Kiviranta had a hat trick with an overtime goal in the Game 7 win over Colorado in the second round.

Where have the Finns been lately?

After assists in Games 4 and 5, Heiskanen had one goal and three assists in the Stanley Cup Final. He had a single assist in five games against Vegas in the Western Conference final.

Kiviranta played only two postseason games before that Avs game, but hasn’t missed a game for the injury-plagued Stars since then. He had only two goals and no assists in the 10 games after his hat trick.

The Stars were without Finnish forward Roope Hintz for Game 6 of the Stanley Cup, his second game in a row unfit to play since slamming hard into the boards.

ALMOST OUT OF THE BUBBLE

Dallas Stars interim coach Rick Bowness has already told his wife not to expect going to a restaurant for a while after the season is done this week.

Bowness is looking forward to some meals in his own home after more than two months inside the NHL bubble away from his family. And some walks outside.

“Actually, you make the best of it. That’s what we’ve done,” Bowness said of bubble life. “We knew coming in and we were all prepared to be here nine, 10 weeks. And that’s where we are. But no, there will not be one bit of this bubble life that I’m gong to miss.”

Cooper described this most unusual postseason as “an experience.”

“When I look back at some of the notes that I’ve taken, it’ll be a pretty cool to tell the story,” Cooper said. “But probably the best part of this whole thing is going to be when we check out.”

ONE FOR THE CAPTAIN

Tampa Bay captain Steven Stamkos made the most of his only shot in his 2:37 of ice time in Game 3, when he scored a goal.

That ended up being the injured center’s only appearance in this Stanley Cup Final. After Stamkos didn’t play in the back-to-back Games 4-5, the final decision about not playing again came during a conversation the center had with Cooper on Sunday.

“Even without him being here, he’s been leading by example off the ice in how hard he’s been fighting to get back into the lineup,” Lightning defenseman Kevin Shattenkirk said. “And I think the way he was rewarded the other night, it was pretty gratifying for him and for everyone.” 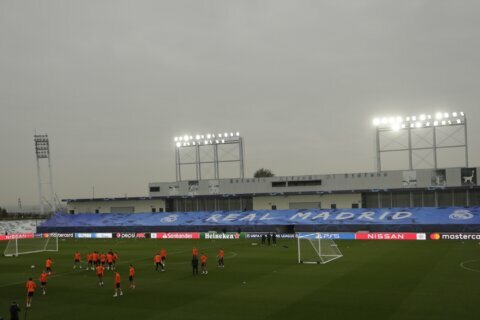 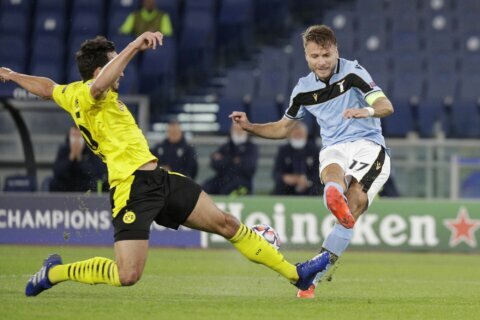