RUTH BADER GINSBURG, 1933-2020: Trump pledges woman for court, pushes Senate to move on pick | How Ginsburg's death could reshape the election | How to honor RBG by supporting her favorite causes
Home » Sports » Lehner locked up? Maybe…

Lehner locked up? Maybe not, but Stars’ Khudobin locked in

EDMONTON, Alberta (AP) — Robin Lehner is the man in net for the Vegas Golden Knights.

But for how long?

Lehner denied a report that he’d agreed to a five-year contract extension to remain with Vegas beyond this season instead of testing free agency. He bristled at the distraction Friday while in the Western Conference final ahead of likely getting the nod again for Game 4 Saturday against the Dallas Stars, who lead the series 2-1 on the back of veteran goaltender Anton Khudobin.

If there was a Golden Knights goalie controversy earlier in the playoffs that Lehner was starting over face of the franchise Marc-Andre Fleury, it’s gone now. Lehner has started 14 of Vegas’ 18 postseason games so far with a 1.92 goals-against average, .921 save percentage and four shutouts.

“What I like about Lehner: his composure,” said coach Peter DeBoer, who has refused to reveal his starter most of the playoffs. “He makes a lot of tough saves look easy because of his composure in the net. He gives you a good feeling back there.”

While leaning on Lehner has been DeBoer’s choice, the Stars still feel great about Khudobin even though he’s their only established option with Ben Bishop injured. Khudobin made 38 saves in Game 3 and is the biggest reason Dallas is ahead in the series.

“He stepped up,” defenseman John Klingberg said. “He’s stepping up when we need him to, he’s making key saves, and what you see is he battles for every puck, every rebound. It’s like he’s swimming all over the crease but somehow he finds a way to stop the puck, and that’s all we need.”

Coach Rick Bowness felt “very confident” in Khudobin from the time he learned Bishop was unfit to play. Even though Bishop got the start in Game 5 last round against Colorado when healthy, it hasn’t been a chore to hand the job back to Khudobin since.

The 34-year-old journeyman, who like Lehner is on his fifth organization and a pending free agent, is 10-6 with a 2.77 GAA and .915 save percentage in his first Stanley Cup playoffs.

“I know a lot of people probably haven’t seen him play much, don’t know much about him, but this is what we’ve seen from his first day we got him last year,” Bowness said. “You never know how people are going to handle their first playoff experience, but that being said, he’s not a kid. He’s mid-30s. So we’re not surprised at his ability and playing as well as he has, nor are we surprised at his competitiveness, his maturity in the net.”

At 29, Lehner is younger than Khudobin and Fleury, 35, who has been a part of three Cup champions. This is Lehner’s second time as a playoff starter after helping the New York Islanders get to the second round a year ago, though he’s technically part of a tandem.

“There’s been a lot of made of our strength in the net,” Vegas forward Max Pacioretty said. “It’s just really nice to be able to go into a game knowing that you can trust whoever’s back there. Flower’s got the experience, and Lenny’s obviously a great goaltender, as well.”

If Lehner does re-sign, which seems likely given DeBoer’s preference for him, it would would give him some stability for the first time in a while. Lehner has played on four teams in the past four seasons and felt good right away about how he fit in with Vegas.

“I’ve been on a lot of teams where there were inside politics involved, and I felt it right away when I came here: This team is all about just winning and you deserve what you get,”he said. “ That’s, I think, what winning teams do, and it hasn’t always been the case, so it’s refreshing when I got here and I felt that vibe and that culture around here. I had to work hard. We have two strong goaltenders, a really strong team and you just do what the coach asks of you.” 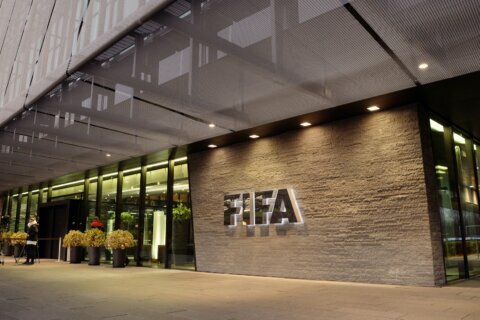 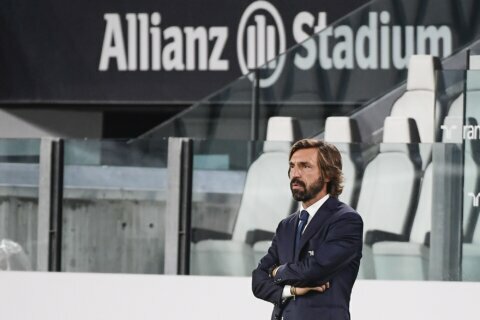 Dapper Pirlo and Juventus move on from Sarri era 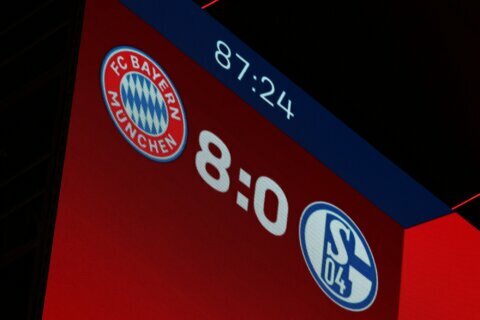 Bayern Munich already looking too good for the Bundesliga