PARIS (AP) — Striker Denis Bouanga scored a penalty and set up the second goal as Saint-Etienne beat struggling Strasbourg 2-0 to replace Nice at the top of the French league on Saturday.

Bouanga netted from the spot in the 57th minute following a handball, and then showed good skill down the right before teeing up midfielder Mahdi Camara in the 82nd.

Saint-Etienne and Nice have six points, but Saint-Etienne leads on goal difference having played one game less.

Strasbourg has conceded three penalties in as many defeats and is in last place.

Coach Patrick Vieira decided against starting Dolberg alongside Amine Gouiri, even though they netted four goals between them in Nice’s opening two wins.

But the move backfired as Montpellier raced to 3-0, with striker Gaetan Laborde opening the scoring in the 18th minute and the 35-year-old Congré striking twice after the break.

Center half Dante pulled one back in the 69th for Nice.

Neymar was back in the Paris Saint-Germain squad for Sunday’s home game against bitter rival Marseille after recovering from the coronavirus.

Captain Marquinhos and striker Mauro Icardi also tested positive following that trip to Spain and were not in the squad.

PSG began its title defense on Thursday and lost at Lens 1-0. 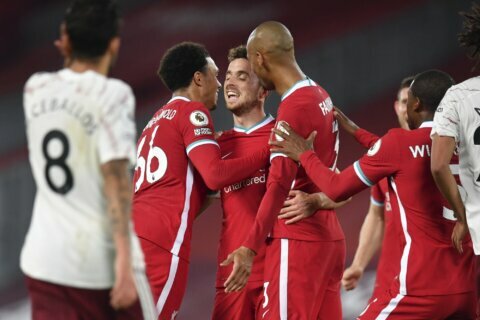 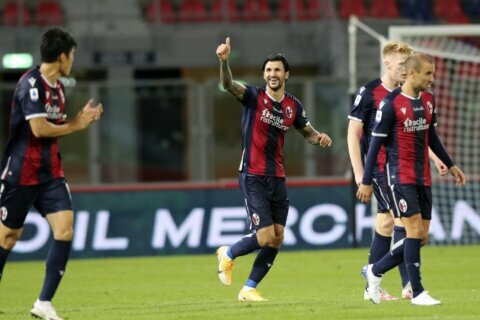 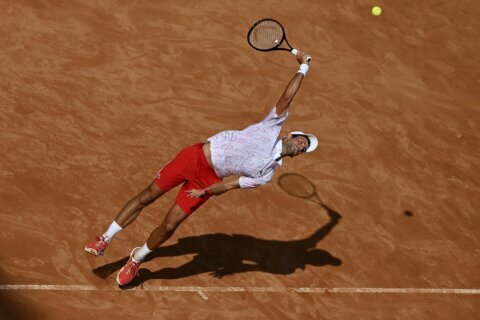