PRAGUE (AP) — The on-off Nations League game between the Czech Republic and Scotland will take place on Monday after all.

But every member of the Czech team that helped to beat Group B2 rival Slovakia 3-1 in Bratislava on Friday, including coach Jaroslav Silhavy, is banned from Monday’s match.

Plans were thrown into disarray late on Friday when the Czech FA declared the Scotland fixture to be staged in Olomouc had been called off amid a COVID-19 threat.

However, a spokesman for European football’s governing body UEFA said on Saturday: “The match is going ahead as scheduled.”

The Czechs won in Bratislava despite being hit by a coronavirus outbreak in the camp ahead of the away match. Two staff members tested positive, one of them just hours before the game against Slovakia.

Two key players — West Ham midfielder Tomas Soucek and Leipzig striker Patrik Schick — didn’t travel because they were in quarantine and it is not yet clear if the pair will be available to play against Scotland.

Scotland is due to travel to Olomouc on Sunday after drawing 1-1 with Israel in Glasgow in its opening match on Friday. 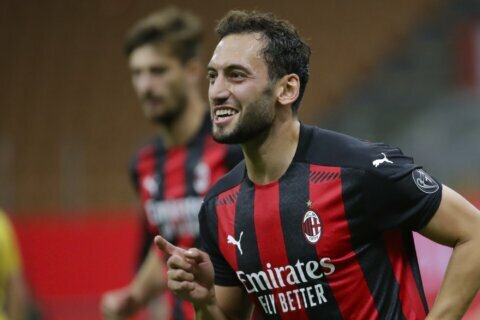