Bayern says Perisic heading back to Inter after loan

MUNICH (AP) — Ivan Perisic is heading back to Inter Milan after Bayern Munich decided not to use an option to buy the winger, who helped the German club win the Champions League while on loan last season.

Bayern thanked Perisic for his role in winning three trophies during his season-long loan, which was extended when the coronavirus pandemic delayed the end of the campaign. However, Bayern said Wednesday that Perisic will now return to Inter, where he is under contract for another two years.

“Ivan has behaved very professionally in this year with us and he was an important member of our team and had a role in winning the German title, the German Cup and the Champions League,” Bayern sports director Hasan Salihamidzic said in a statement. “We wish him all the best for the future.”

The 31-year-old forward scored eight goals and assisted 10 more in 35 games for Bayern. That included scoring in the 4-1 win over Chelsea in the Champions League last 16 and the 8-2 demolition of Barcelona in the quarterfinals. Perisic has played 90 times for Croatia and was a World Cup finalist in 2018.

He is the third loan player to leave Bayern following the Champions League win after midfielder Philippe Coutinho returned to Barcelona and defender Alvaro Odriozola headed back to Real Madrid. 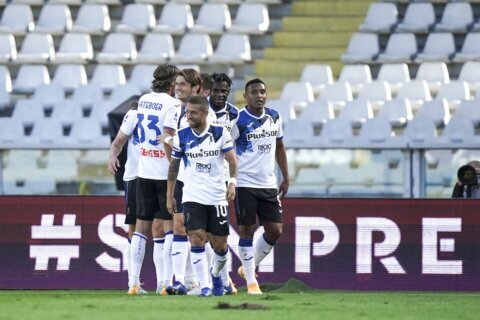