Bayern feeling effects of storied season as fixtures pile up

DÜSSELDORF, Germany (AP) — Hangovers are common in Munich in Oktoberfest season, and Bayern Munich is certainly feeling the effects of its exertions last season.

Bayern’s 32-game unbeaten run ended in a 4-1 defeat to Hoffenheim on Sunday, after playing 120 minutes in a 2-1 win over Sevilla in the UEFA Super Cup three days earlier, the traditional match between the Champions League and Europa League winners.

“We are very tired,” midfielder Thomas Müller said after the Sevilla game. Last season’s success will create more fixture congestion for Bayern this week with the German Super Cup match against Borussia Dortmund on Wednesday in Munich.

That’s normally the season-opening game in Germany, but it was shunted back into the season proper because of the compressed, pandemic-affected calendar.

Coach Hansi Flick has repeatedly called for more signings in recent weeks after Bayern parted company with several squad players who would have helped spread the load during the packed calendar.

Thiago Alcantara, now at Liverpool, was the only member of the starting lineup from the Champions League final to depart, but substitutes Philippe Coutinho, Ivan Perisic and Alvaro Odriozola have all left after their loan deals ended and Bayern opted against signing them permanently.

Experienced defensive midfielder Javi Martinez, who headed the winning goal against Sevilla on Thursday after coming off the bench, has said he too may leave after eight years and eight Bundesliga titles with Bayern. He wasn’t included in the team’s annual lederhosen-clad, beer-toting photoshoot last week to mark the Oktoberfest beer festival, an event like much else curtailed by the coronavirus pandemic.

So far in 2020-21, Bayern has preferred to rely on its own young players for depth. That worked just fine in the 8-0 opening win over Schalke, not least because Bayern was safely five goals up with half an hour to play and Flick could afford to experiment. He was rewarded with a goal from 17-year-old Jamal Musiala.

Against Hoffenheim it was a different story. Flick tried to give Robert Lewandowski a rest and started with Joshua Zirkzee, but the highlight of the 19-year-old Dutch forward’s day was hitting the woodwork before being substituted for Lewandowski.

Hoffenheim had around 6,000 of its fans in the stadium to watch the win over Bayern, and the victory had extra meaning for its coach Sebastian Hoeness. He’s the nephew of former Bayern club president Uli Hoeness and was the coach for Bayern’s reserves when they won the German third tier last season, earning Hoeness the division’s coach of the year prize.

Even as other German clubs welcome fans back to the stadiums, Bayern’s Allianz Arena remains empty. The comparatively high local infection rate for COVID-19 meant supporters weren’t allowed for the win over Schalke, and they won’t be there for the Super Cup game against Dortmund either. 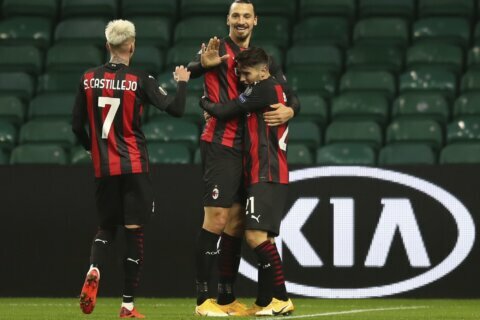 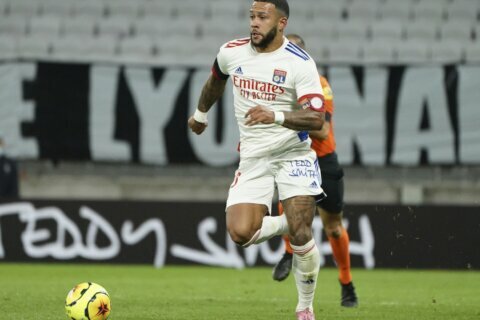