PARIS (AP) — Top-flight French football club Bordeaux has decided to play without fans for the indefinite future, after regional officials tightened restrictions on public gatherings in the city to curb surging COVID-19 infections.

A club statement Tuesday said its “next matches” would be closed to spectators, without specifying the exact duration. Bordeaux next plays at home on Sept. 27, against Nice.

The top government official for the Bordeaux region on Monday announced a series of additional steps to stem growing infections, including a new limit of 1,000 people for large public gatherings, below the national benchmark of 5,000 people.

The football club said the limit applies to Ligue 1 matches at its stadium and that it has therefore decided to close them to spectators entirely.

“Football is and must remain a moment of exchange and of pleasure between a team and its fans, but the health of everyone remains the priority to contain the virus,” the club said. 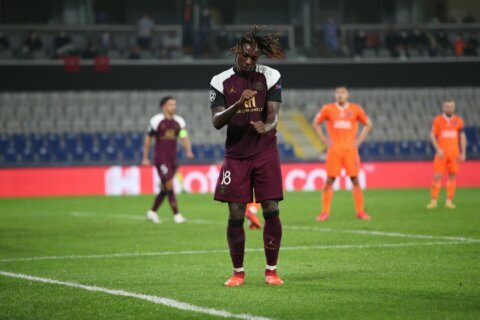