LONDON (AP) — Brazil midfielder Allan reunited with Carlo Ancelotti on Saturday after moving from Napoli to Everton for a reported fee of 21 million pounds ($28 million).

The 29-year-old Allan played 61 games under Ancelotti when the Everton coach was in charge at Napoli.

“It is a real pleasure to sign for Everton,” he said after agreeing a three-year contract at Goodison Park. “It is a club with a rich history in the Premier League, has real ambition and then there is professor Ancelotti.

“He has done everything possible to bring me here. It is the size of the club and the name of the coach which means you don’t think twice about coming to Everton.”

Allan, who has won nine caps for Brazil, was with Napoli for five years after previously spending three years with Italian rival Udinese.

He and his new Everton teammate Richarlison were part of the Brazil squad that won the Copa America on home soil last year.

“A strong part of my game is marking and the desire going in to win absolutely every ball,” Allan said. “I believe with my desire I can put in really good performances to win the fans over and I hope to win things as well. There will be a tremendous amount of dedication from me.”

Silva was the youngest player and scorer in Porto’s history and has represented Portugal at junior level from under-15s to under-19s.

Wolves executive chairman Jeff Shi said Silva had the potential to be a “generational talent,” adding that the club’s recruitment team “feel he has always been the best No. 9 coming through his age group anywhere in Europe.”

“He’s a player that you only need several minutes to see his natural football talent,” Shi said.

“Fabio is a young player who shows not only incredible technical ability, but also his game intelligence for a player of his age is top class.” 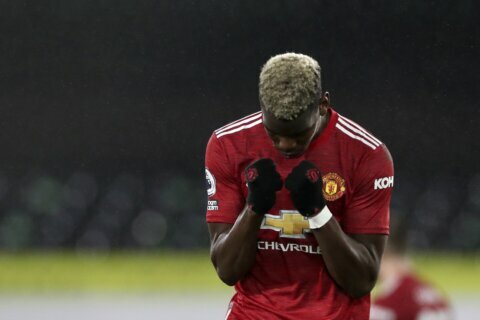