Alaphilippe had time to punch the air before raising his arms above his head as he crossed the finish line on Imola’s auto racing circuit to finish first in the men’s road race.

Belgian rider Wout van Aert won a sprint for second, 24 seconds behind Alaphilippe, with Marc Hirschi of Switzerland third at the end of the tough course.

It was an emotional win for Alaphilippe, whose father died in June, and the 28-year-old was in tears after he crossed the line and on the podium.

“At this moment it’s really hard to say something,” he said. “I want to say thank you to all my teammates who really believe in me today. Everybody did a great job.

“It was a dream of my career. Sometimes, I was so close, and I was never on the podium. I came here with a lot of ambition and it’s just a dream day for me.”

The final race of the championships featured a total of 5,000 meters climbing in 258.2 kilometers (160 miles). Nine laps of a circuit started and finished on the city’s auto racing track.

There were two brutal climbs on each lap — the Mazzolano and the Cima Gallisterna — and Alaphilippe attacked on the final ascent of the Gallisterna, with 12 kilometers remaining.

He swiftly established a slim advantage over a world-class chase group and held them off to secure victory.

The race took place exactly a week after the Tour de France ended with Tadej Pogacar becoming the youngest winner in the event’s 116-year history.

The 22-year-old Slovenian led Sunday’s race into the final lap, with an advantage of about 20 seconds, after attacking with just over 40 kilometers remaining.

However, Pogacar was caught by the peloton on the Mazzolano.

The revised event featured only elite men’s and women’s categories, eliminating junior and under-23 races. 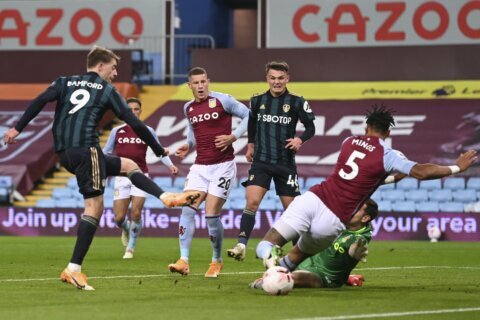 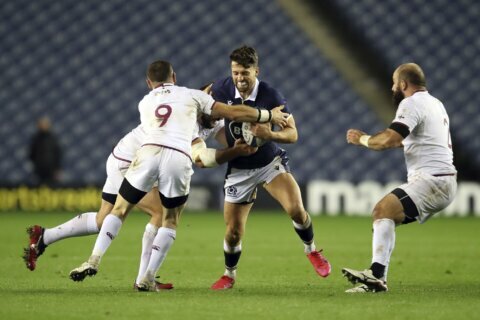