A capsule look at golf tournaments held at the TPC Harding Park in San Francisco, site of the 102nd PGA Championship that will be played Aug. 6-9:

Rory McIlroy became the first player to win seven matches in five days to capture his second World Golf Championship, which used a new round-robin format. He had to beat three players on the final day, including a quarterfinal match against Paul Casey that went 22 holes and ended Sunday morning. He beat Gary Woodland in the championship match, 4 and 2, to become the first No. 1 seed since Tiger Woods in 2008 to win the Match Play. About the only thing that went wrong for McIlroy that week were the matches going until dark on Saturday. He had to scrap plans to fly to Las Vegas for the Floyd Mayweather-Manny Pacquiao fight, instead watching it on pay-per-view in the media center.

Before finding a home in Arizona, the PGA Tour Champions season finale was held at Harding Park for three years. John Cook won in 2010, followed by Jay Don Blake in 2011 and Tom Lehman in 2012. In some respects, Lehman won twice at Harding Park. He won the $1 million annuity for the season-long points race in 2011.

Tiger Woods earned a small measure of revenge over Y.E. Yang, who had rallied to beat him in the PGA Championship at Hazeltine a month earlier. Woods beat him in singles to cap a 5-0 week as the Americans rolled to a 19½-14½ victory in the Presidents Cup. Fred Couples won in his debut as U.S. captain. One of the more bizarre moments was when Robert Allenby accused Anthony Kim of leaving the team hotel to party until the wee hours of the morning. And this was after Kim had beaten him, 5 and 3.

Woods and John Daly made Harding Park feel more like a rock concert than a World Golf Championship. But it ended with the thud. On the second playoff hole, Daly had a 15-foot birdie putt to win. He missed, and then he missed the 3-foot par putt. Woods won his 10th World Golf Championship and widened his gap at No. 1 in the world. In his book, “My Life In and Out of Rough,” Daly said he made $750,000 from finishing second at the American Express Championship. He went straight to Las Vegas and dropped $1.65 million playing slot machines.

The PGA Tour made an annual stop at Harding Park in the 1960s, and it produced a pretty stout roll call of champions. Six of the seven winners are in the World Golf Hall of Fame — Gary Player, Gene Littler, Jack Burke Jr., Chi Chi Rodriguez, Ken Venturi and Billy Casper. The other was George Archer, a former Masters champion. The most popular winner was Venturi, who grew up in San Francisco playing the municipal course.

The San Francisco Open felt like a major based on where it was played — Olympic Club, Lake Merced, Presidio, San Francisco Golf Club, California Club. It finally made it over to Harding Park — twice in one year. And both were won by Byron Nelson in 1944. Nelson beat Jug McSpaden by six shots in January of 1944. It was held again in December later that year, and Nelson held off Jim Ferrier by one shot. Nelson made it three in a row in 1946. But that was across the street at Olympic Club. 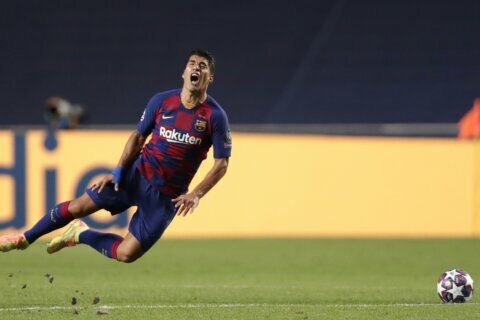 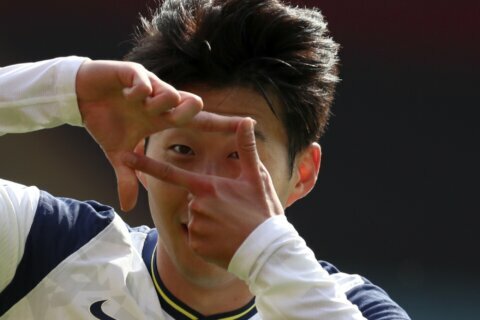