Coach Rick Bowness is encouraged by the scoring chances the Dallas Stars had in their most recent game. Now they…
Listen now to WTOP News WTOP.com | Alexa | Google Home | WTOP App | 103.5 FM

Coach Rick Bowness is encouraged by the scoring chances the Dallas Stars had in their most recent game. Now they have to get some more of those pucks in the net.

While Dallas scored only four goals combined in its three round-robin games among the Western Conference’s top four seeds, the Calgary Flames averaged four goals per game while beating Winnipeg in four games to wrap up their best-of-five qualifying round series.

“Dominated their series against Winnipeg,” Stars captain Jamie Benn said. “They obviously have some confidence right now, and we’ve got to bring our best game.”

Game 1 between the third-seeded Stars and Calgary is Tuesday at the NHL hub in Edmonton, Alberta. The first four games of the best-of-seven are over a span of six days.

Calgary got goals from 11 different skaters while outscoring the Jets 16-6 in that series, which the Flames finished off with wins of 6-2 and then 4-0 last Thursday. They had made the playoffs only three times the previous 10 seasons, getting past the first round only once.

“I think we’ve just scratched the surface on that now by winning that play-in round,” said captain Mark Giordano, the 36-year-old defenseman who has spent all 14 of his NHL seasons with the Flames.

“We’re definitely feeling good, and we want to play it with confidence. … Obviously, myself being here probably the longest, it was nice to have a little bit of success early on this year and hopefully carry forward.”

The Stars were 0-4-2 their last six games before the NHL season was paused in mid-March because of the novel coronavirus pandemic. They then lost their first two round-robin games in Canada, falling to Las Vegas and Colorado before a late comeback to beat defending Stanley Cup champion St. Louis on Sunday.

All three of Dallas’ goals in a 5-3 loss to the Golden Knights came in a five-minute span of the second period, before getting shut out by the Avalanche. The Stars went scoreless for 59 1/2 minutes Sunday before Joe Pavelski’s tying goal, then won in a shootout after a scoreless five-minute overtime period.

“We had 20 scoring chances. Listen, you hit a goal post, you miss open nets. … That’s part of the game. If we weren’t creating those chances, well, that’s a whole other conversation,” Bowness said. “It gets frustrating for when you’re not scoring and you’re getting all those opportunities. … Eventually the puck’s got to go in the net for us.”

Flames goaltender Cam Talbot has been impressive since starting only seven of Calgary’s first 30 games. He had a .927 save percentage in 19 games between December and mid-March. He was even better against the Winnipeg Jets, with a .945 save percentage in the four-game series, including a clinching shutout. He allowed six goals in the series, three of those coming in the Game 2 loss.

Ben Bishop, the goaltender who started all 13 playoff games for the Stars last season, was declared “unfit to play” in their last two round-robin games. Bowness, without elaborating in any way, said Monday that everybody got through practice healthy and that the decision had already been made about who would be in net Tuesday night.

When asked point blank if Bishop was starting, Bowness didn’t even respond to that question. Anton Khudobin, who never started a postseason game in his previous 10 seasons, made 12 saves in regulation and overtime and stopped all three shootout shots in the win over St. Louis. He had a NHL-best .930 save percentage and a 2.22 goals-against average in 30 regular-season games.

Calgary coach Geoff Ward said his team has been “really, really tuned into the playoffs.” He said many of the players have gone to watch other games and discussed what they see on the ice. As for their practices since wrapping up the series against the Jets, Ward described his team as “very, very business like.”

The Dallas Stars have never played Calgary in the playoffs. They were still the Minnesota North Stars in the only previous playoff series between the two franchises. The North Stars won that best-of-seven series in six games in 1981 to earn a spot in the Stanley Cup Final then lost in five games to the New York Islanders.

Calgary won two of three games against the Stars during the regular season, scoring five power-play goals in those games. 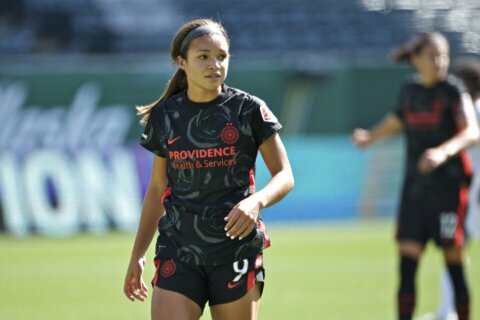 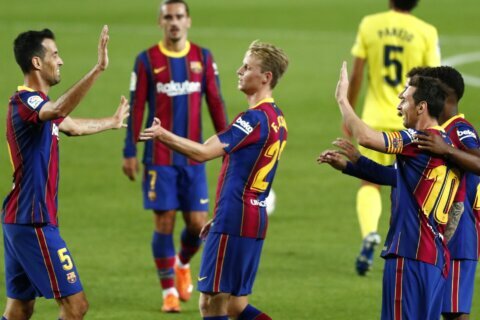