EDMONTON, Alberta (AP) — Reilly Smith scored in overtime, Robin Lehner made 22 saves and the Vegas Golden Knights beat the Chicago Blackhawks 4-3 on Thursday to take a 2-0 lead in the first-round series.

Blackhawks goaltender Corey Crawford stopped 35 of the 39 shots he faced in a losing effort. Crawford and Lehner were teammates with Chicago until the trade deadline.

Chicago got goals from rookies Kirby Dach and Dominik Kubalik and Dylan Strome.

Patrick Kane assisted on all three Chicago goals in the second period. Crawford made 16 of his saves in the third period.

Game 3 is set for Saturday night.

TORONTO (AP) — Two days after making an NHL-record 85 saves in a five-overtime loss, Joonas Korpisalo stopped 36 more shots to help Columbus beat Tampa Bay and even the series at a game apiece.

Ryan Murray and Oliver Bjorkstrand scored in the first period for Columbus, both goals set up by Pierre-Luc Dubois. Alexander Wennberg added another in the third.

Nikita Kucherov scored for the Lightning, and Andrei Vasilevskiy made 19 saves. The Tampa Bay goalie had 61 stops Tuesday in a 4-3 victory in the fourth-longest game in league history.

Both teams looked sluggish at the start Thursday, especially Columbus, which took more than half the first period to get any offensive push going.

Game 3 is set for Saturday.

TORONTO (AP) — Dougie Hamilton slapped in the go-ahead goal with 11:30 left in the third period and No. 2 goalie James Reimer stopped 33 shots to lead Carolina to a victory over Boston and tie their playoff series at one game apiece.

One day after Boston won the delayed, double-overtime opener, the Hurricanes also got goals from Teuvo Teravainen and Andrei Svechnikov to beat the Presidents’ Trophy winners.

David Krejci and Brad Marchand scored for Boston, and Tuukka Rask made 23 saves. The Bruins, who swept Carolina in the Eastern Conference finals last season, pulled the goalie for an extra attacker for the final minute and had a chance when Reimer lost his stick in the final 10 seconds, but couldn’t convert.

The Stars caught Calgary on a line change, and Oleksiak took a pass from Corey Perry and scored, evening their best-of-seven series at a game each.

Perry also scored on the power play in the second period for the Stars. Defenseman Miro Heiskanen added two goals for Dallas.

Ben Bishop stopped 22 of 26 shots for the third-seeded Stars. Cam Talbot had 31 saves. 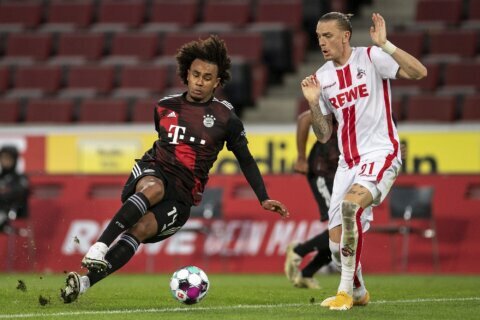 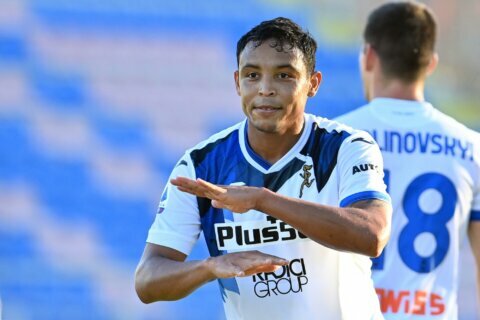