The Basque Country club picked up Silva on a free transfer after his decade-long stint at City ended.

Sociedad said the 34-year-old Spaniard will join the rest of the squad in the coming days for preseason training.

Silva joined Man City since 2010, helping revamp the English club and turn it into a contender in European soccer. His last game with City was the 3-1 loss to Lyon in the quarterfinals of the Champions League on Saturday, when he came on as a late substitute.

He left after more than 300 games with the English club, helping it win four Premier League titles. City said earlier Monday it would honor the Spaniard with a statue outside its stadium. 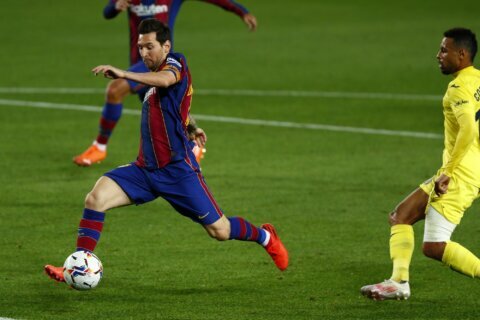