RUTH BADER GINSBURG, 1933-2020: Trump pledges woman for court, pushes Senate to move on pick | How Ginsburg's death could reshape the election | How to honor RBG by supporting her favorite causes
Home » Sports » NBA to have a…

NBA to have a Bubble MVP, All-Bubble team from seeding games

LAKE BUENA VISTA, Fla. (AP) — There will be an NBA Bubble MVP. The league announced that there will be…
Listen now to WTOP News WTOP.com | Alexa | Google Home | WTOP App | 103.5 FM

LAKE BUENA VISTA, Fla. (AP) — There will be an NBA Bubble MVP.

The league announced that there will be an All-Seeding Games Team and a Player of the Seeding Games, honoring the best performers from the seeding games that started July 30 and will conclude Friday.

The awards will be announced Saturday afternoon, prior to Game 1 of the Western Conference play-in series.

A panel of sportswriters and broadcasters who have been on-site at the Walt Disney World resort covering the season restart will vote for the award winners. There will be a five-player first team and a five-player second team, with no breakdowns by position. 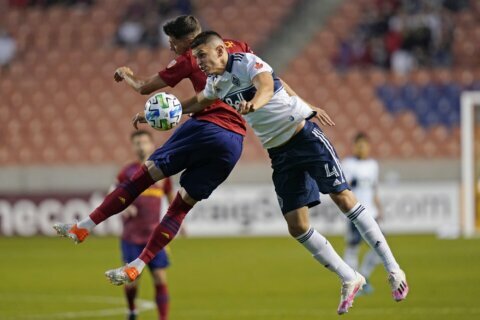