DÜSSELDORF, Germany (AP) — There’s one way to find out if a team deserves to win the Europa League. Play Sevilla.

Manchester United takes on the ultimate Europa League experts Sunday when it faces five-time champion Sevilla in the semifinals. Every time Sevilla has got to the quarterfinal stage, it’s gone on to win the competition, and Sevilla has never lost a Europa League game to an English club.

“We’re in good condition. Of course, the season was long but we knew it before, what we can expect. And the most important now is mentally to be ready,” Matic said after the quarterfinal win over Copenhagen. “I think that mental point will decide (the) semifinal and final.”

Semifinals have been a problem for United. Manchester City knocked United out of the EFL Cup at the semifinal stage in January and Chelsea did the same in the FA Cup last month.

United finished the Premier League season in style but needs to replicate that form on the European stage. Against Copenhagen, Europa League top scorer Bruno Fernandes eventually won the game 1-0 with a penalty, but only after the Danish club had forced United to extra time — more physical strain in the longest of seasons.

Sevilla narrowly avoided extra time in its 1-0 win over Wolverhampton thanks to Lucas Ocampos’ winning goal in the 88th minute. Sevilla is unbeaten in 19 games in all competitions and coach Julen Lopetegui says the players are fired up.

“(United) are obviously a top team with great strength, but these are the semifinals of the Europa League, and the only thing that will help us through any difficulty or situation that we come across at this high level is ambition, excitement and the desire to compete,” Lopetegui said.

Its home city is Donetsk in eastern Ukraine, which has been under the control of Russia-backed separatists since 2014. The club has used various stadiums across Ukraine ever since for league and European games.

One thing hasn’t changed, though. Just as in 2009, when Shakhtar won the Europa League with a squad including future English Premier League stars Willian and Fernandinho, it still builds its team around Brazil-born players.

All four of its goal scorers in the 4-1 win over Basel in the quarterfinals were born in Brazil. The naturalized Ukrainian Junior Moraes got Shakhtar started with a second-minute header before Taison, Alan Patrick and Dodo completed the job.

“I’m feeling amazing,” Moraes said. “We trust we can go until the final but every game is very hard, very difficult because we play against a high level so the opponent is very difficult. But if you want to improve yourself, you must play against these teams.”

Getting to the final will mean defeating Inter and in-form forward Romelu Lukaku when the two teams meet Monday in Düsseldorf. Inter beat Bayer Leverkusen 2-1 in the quarterfinals. 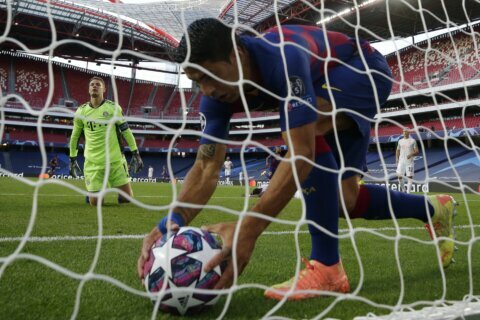 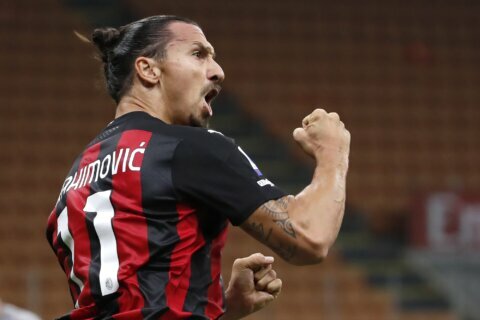