SAN SEBASTIÁN, Spain (AP) — Lyon will try to underline its dominance of European women’s soccer when it bids for a fifth straight Champions League title on Sunday against old rival Wolfsburg.

“They’re the number one in Europe and we obviously want to put a stop to that,” Wolfsburg captain Alex Popp told UEFA.com.

Lyon, seeking its record-extending seventh Champions League trophy, beat Wolfsburg for the title in 2016 and 2018.

“We’re proud to be where we are, and we want to keep going further and further,” Lyon goalkeeper Sarah Bouhaddi said. “That’s what makes us feel alive and allows us to improve.”

Bouhaddi and teammate Wendie Renard will be playing in their ninth Champions League final in 11 seasons.

Wolfsburg will be trying to win its third title after back-to-back triumphs in 2013 and 2014.

The German club is unbeaten in 40 games since a 4-2 home loss in the Champions League quarterfinals against Lyon in March 2019. Lyon hasn’t lost a competitive match since the French Cup final against Paris Saint-Germain in May 2018.

In the semifinals of the final-eight mini tournament played without fans in northern Spain, Lyon beat PSG and Wolfsburg defeated Barcelona. 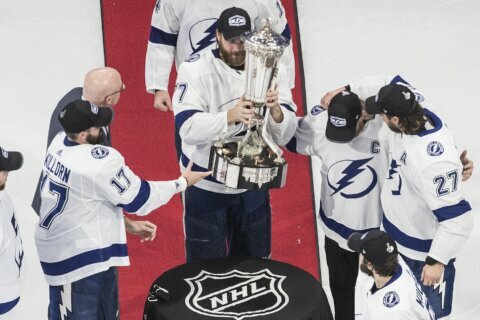 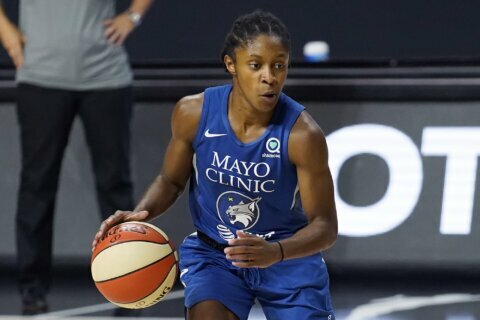