TORONTO (AP) — Jean Gabriel Pageau scored the go-ahead goal 7:18 into the third period and the New York Islanders moved within one win of advancing to the Eastern Conference finals with a 3-2 victory over the Philadelphia Flyers on Sunday night.

Brock Nelson scored twice, both set up by Josh Bailey, and the Islanders gained a 3-1 lead of the best-of-seven second-round series with Game 5 set for Tuesday night. New York is seeking to make its first conference finals appearance since 1993, when the Islanders lost to Montreal to six games.

Sean Couturier and Ivan Provorov scored for the East’s top-seeded Flyers, who were coming off a 3-1 loss on Saturday. Philadelphia lost consecutive games for the first time since an 0-3-1 skid from Dec. 31-Jan. 7.

Philadelphia’s Brian Elliott stopped 30 shots in place of Carter Hart. It was Elliott’s third appearance this postseason, and second start.

The Stars, who led 3-0 in the first period before Colorado had its first shot on goal, saw their margin cut to one before Hintz was patient with the puck about 7 1/2 minutes into the third period. There were only a couple of seconds left on a power play when he scored on Dallas’ seventh shot during that segment after initially waiting for some traffic to clear.

Dallas then got a gift goal only 32 seconds later when Avalanche rookie defender Cale Makar, who had scored late in the second period, tried to clear a puck from behind his own net and flubbed the attempt. Stars rookie Denis Gurianov knocked it in for a 5-2 lead.

John Klingberg had a goal and an assist for the Stars, who need one win to get to their first conference final since 2008. Game 5 is Monday night.

Valeri Nichushkin scored two goals for the Avalanche. Vladislav Namestnikov added a goal with 3.6 seconds remaining when Colorado had an extra skater on the ice.

The Golden Knights took a 3-1 lead in the best-of-seven second-round series. With a win in Game 5 on Tuesday, Vegas can eliminate Vancouver, the last Canadian team from the postseason.

Bo Horvat, Elias Pettersson, and Tyler Toffoli scored for Vancouver. Jacob Markstrom, in his 14th start, made 28 saves in the loss. 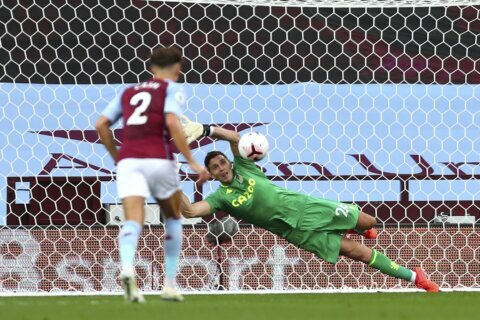