The Islanders beat Florida in the qualifying round, then advanced past Atlantic Division-rival Washington in the first round, and currently lead Philadelphia 1-0 in the conference semifinals. The team reports 80 percent of its season tickets for 2021-22, the inaugural season at UBS Arena at Belmont Park have already been sold.

“The unprecedented demand for season tickets adds a new level of excitement about the team,” Islanders co-owner Jon Ledecky said in a statement. “The support from our loyal Islanders fans across the metro NY region has been tremendous.”

For comparison, the Islanders say they sold about 3,500 full season tickets for the 2018-19 season. After reaching the conference semifinals a year ago in the first season under coach Barry Trotz, they sold nearly 7,000 full season tickets for this past season. Games were split between Nassau Coliseum and Brooklyn’s Barclays Center both years. The team says it has sold nearly 10,000 for UBS Arena’s first season. 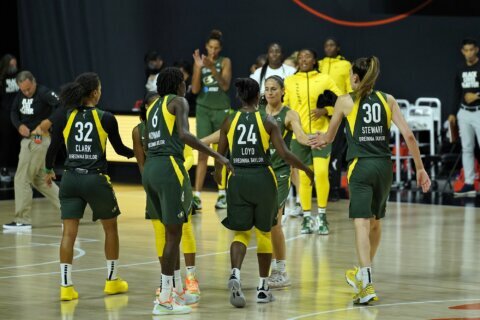