RUTH BADER GINSBURG, 1933-2020: Trump pledges woman for court, pushes Senate to move on pick | How Ginsburg's death could reshape the election | How to honor RBG by supporting her favorite causes
Home » Sports » Harry Maguire withdrawn from…

LONDON (AP) — Harry Maguire was withdrawn from the England squad Tuesday by coach Gareth Southgate following his conviction for assault at a trial in Greece, hours after being selected for two upcoming matches.

Southgate had included the Manchester United captain in his team after backing the defender’s version of events and receiving an apology for being detained after a brawl last week while on vacation on the island of Mykonos.

But Southgate made the about-turn after the world’s most expensive defender was handed a 21-month suspended sentence. Maguire, who was not present at the trial on the island of Syros, was found guilty of assault, swearing in public, and attempting to bribe a police officer.

“In light of this evening’s developments, I can confirm I have withdrawn Harry Maguire from the England squad for the matches against Iceland and Denmark,” Southgate said. “As I said earlier today, I reserved the right to review the situation. Having spoken to Manchester United and the player, I have made this decision in the best interests of all parties and with consideration of the impact on our preparations for next week.”

Maguire has made 26 appearances for England, which plays Iceland on Sept. 5 and Denmark three days later in the UEFA Nations League.

Southgate’s side has not played this year due to the coronavirus pandemic, which led to the European Championship being postponed until 2021. 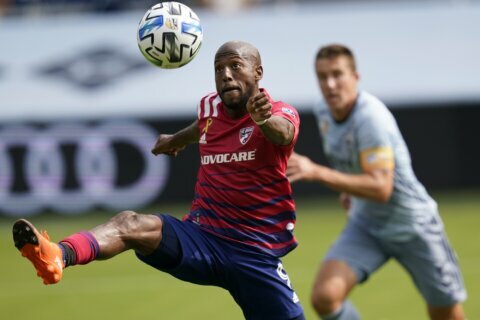