Grealish gets England call-up ahead of Nations League games

LONDON (AP) — Aston Villa captain Jack Grealish was included in England’s squad on Monday for the first time ahead of UEFA Nations League matches against Iceland and Denmark.

It is midfielder Grealish’s first call-up to the senior squad. He previously represented England at under-21 level and was a member of current England manager Gareth Southgate’s Toulon Tournament-winning squad of 2016.

The selection follows an impressive Premier League campaign in which the 24-year-old Grealish played a pivotal role in keeping Villa in the top tier.

Rashford withdrew with an ankle injury, while Winks has also been forced to return to his club.

Southgate’s side has not been in action so far this year due to the coronavirus pandemic, which led to the European Championship being postponed until 2021. 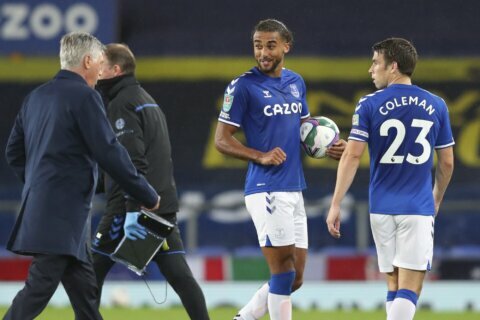