LIVERPOOL, England (AP) — In another win for German golf, Aline Krauter rallied from an early deficit to win the Women’s British Amateur on Saturday with a 1-up victory over Annabell Fuller at West Lancashire.

The victory came a week after Sophia Popov won the Women’s British Open at Royal Troon.

Krauter, a 20-year-old who plays at Stanford, was 3 down through four holes of the 18-hole championship match. He won six of the next eight holes to build a 3-up lead. Fuller closed to the deficit to one hole with a birdie on the 17th, but Fuller could only match pars with Krauter on the final hole.

It was the second time in three years a German won the Women’s British Amateur, with Leonie Harm winning in 2018. 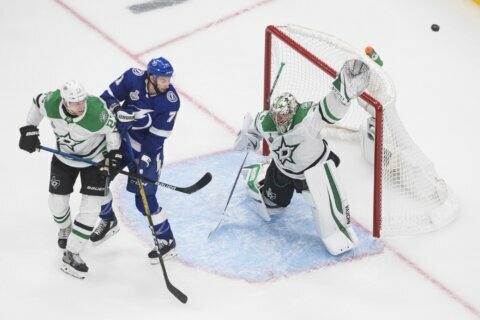