TORONTO (AP) — Ivan Provorov, Kevin Hayes and Michael Raffl scored to lead the Philadelphia Flyers into the second round for the first time in eight years with a 3-2 win over the Montreal Canadiens in Game 6 on Friday night.

The Flyers won the series 4-2 and are on to the second round in the Eastern Conference for the first time since 2012. The Flyers have not played in the Stanley Cup Final since 2010 or won the championship since 1975.

The Flyers will move on to play the New York Islanders.

EDMONTON, Alberta (AP) — The Vancouver Canucks sent St. Louis goalie Jordan Binnington to the bench early with three scores in a span of 6:03 in the second period, eliminating the defending champion Blues in Game 6 of their first-round series.

Blues coach Craig Berube put Binnington, the rookie star of last season’s out-of-nowhere run to the franchise’s first Stanley Cup, back in the net after winning two of the last three with Jake Allen. Binnington gave up four goals on 18 shots and was pulled for Allen at the 8:06 mark of the second period after Brock Boeser’s power play goal gave the Canucks a commanding 4-0 lead.

Jay Beagle, Antoine Roussel and Troy Stecher also scored on Binnington, who went 0-5 in the Edmonton bubble including three losses in this series. After Berube emptied the net with about eight minutes left, Tyler Motte tacked on two more goals after a two-goal effort in Game 5.

Brent Sutter had three assists, Elias Pettersson had two assists and Jacob Markstrom made 34 saves for the Canucks, who advanced to play the Vegas Golden Knights in the second round.

Jaden Schwartz had two goals in the third period for the Blues. 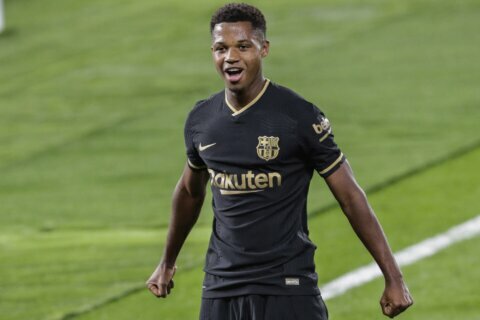 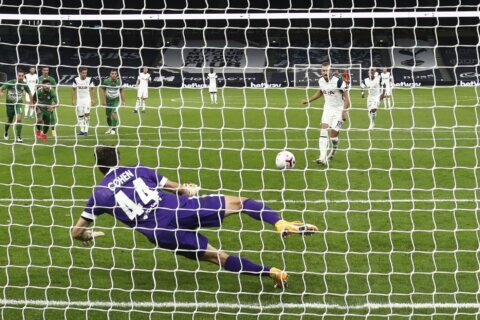