BERN, Switzerland (AP) — Juan Martin del Potro had surgery on his right knee Wednesday, the third operation for the 2009 U.S. Open champion since getting injured two years ago.

His management team tweeted the news, saying del Potro had tested his knee on a court in Argentina “in recent months” but was still in pain.

He originally fractured his right kneecap at the Shanghai Masters in October 2018. After he returned from surgery, he slipped during a match at the Queen’s Club grass-court tournament in June 2019 and needed another procedure.

It’s the latest in a series of health issues that sidetracked del Potro’s career, which appeared so promising when he beat Roger Federer in the final at Flushing Meadows to win his first — and so far only — Grand Slam title at age 20.

First came an operation on del Potro’s right wrist. Then came three procedures on his left wrist, which sidelined him for 2½ years’ worth of Grand Slam tournaments.

He eventually climbed back up toward the top of the game, reaching the 2018 U.S. Open final before losing to Novak Djokovic.

The next month, he hurt his right knee. 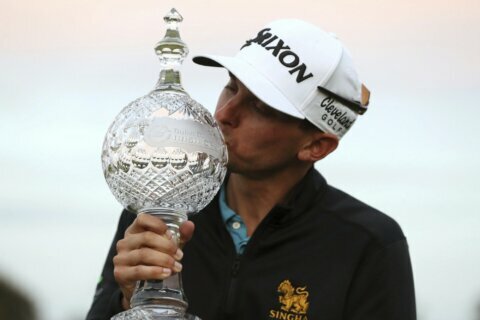