The 32-year-old Höwedes left Lokomotiv Moscow by mutual consent last month while the Russian league was suspended amid the coronavirus pandemic.

Höwedes told German magazine Der Spiegel that soccer felt “suddenly so unimportant” for him after spending time with his young son on vacation, and that he had struggled to be away from his family.

Höwedes played 44 times for the German national team from 2011-17 and played every minute for his team at the 2014 World Cup in Brazil.

He came through the youth system at Schalke and played professionally for the club from 2007-18, including an injury-troubled loan spell at Juventus in 2017-18. Höwedes moved to Russia with Lokomotiv in 2018.

His announcement comes two weeks after another member of the 2014 World Cup-winning squad, Andre Schürrle, retired at the age of 29 after Borussia Dortmund agreed to release him.

Schürrle also had most recently played in the Russian league on a loan at Spartak Moscow. 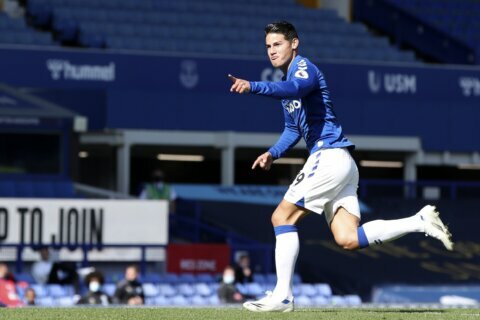