LONDON (AP) — The new English Premier League will begin on Sept. 12 and finish on May 23, only 19 days before the start of the rescheduled European Championship in 2021.

The agreement on next season’s calendar came during a conference call by league clubs on Friday but it remains unclear how the domestic cup competitions can be squeezed into the compressed season.

The final round of this season’s league is on Sunday, more than two months later than scheduled after a 100-day shutdown caused by the coronavirus pandemic.

For teams who reach the finals of the European competitions it could be an even tighter turnaround for next season. The Europa League final is on Aug. 21 and the Champions League concludes two days later following reformatted final eight competitions.

The new European season begins with national teams in action from Sept. 3-8 when they will each play two games in the Nations League.

In England, the Women’s Super League will start on the weekend of Sept. 5-6 after last season was curtailed before all fixtures were completed.

But under plans announced on Friday, the FA Cup will be completed, resuming with the quarterfinals on Sept. 26-27 and the final at Wembley on Oct. 31. 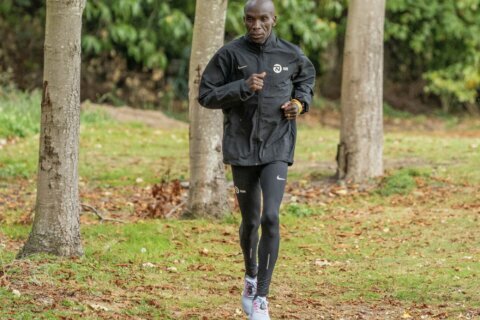