CAPE TOWN, South Africa (AP) — The British and Irish Lions rugby tour to South Africa will go ahead as planned next year, the teams said Wednesday, trusting that the coronavirus outbreak in a country among the worst-affected in the world will have eased in 12 months.

The Lions and SA Rugby said the dates for the eight-match tour in July and August 2021, which features three tests, were unchanged. The tour will start on July 3 with a game between the British and Irish Lions and Super Rugby team the Stormers in Cape Town. It ends on Aug. 7.

Two of the tests between the Lions and the world champion Springboks will be in Johannesburg, with the other in Cape Town. Those cities are in the two provinces in South Africa that have the highest number of confirmed COVID-19 cases. Currently, no contact sport is allowed to be played in South Africa and no fans are allowed to attend any sporting events.

Lions tours traditionally attract large numbers of traveling supporters from Britain and Ireland and are a rich source of income for the host country.

“The COVID-19 pandemic has caused a lot of disruption to the sporting calendar, but after extensive discussions we are now able to confirm that the tour dates are as previously announced,” said Ben Calveley, the managing director of the British and Irish Lions.

“An enormous amount of planning, especially from a logistical perspective, goes into putting on a Lions series, so it was crucial that a decision was agreed upon in good time.”

South Africa has more than 298,000 confirmed cases of COVID-19, according to the latest count by Johns Hopkins University in the United States. That’s the eighth-highest in the world. South Africa recently overtook Britain for total confirmed cases. Nearly 200,000 of the cases in South Africa are in the provinces where Johannesburg and Cape Town are situated.

Professional rugby in South Africa has been suspended since March and there are no indications yet when the restrictions on contact sports in South Africa might be eased. More than 4,000 people have died from the disease in South Africa, according to the health ministry. Leagues in Britain and Ireland are due to restart next month and New Zealand and Australian rugby teams are already back in action.

South Africa’s strict lockdown regulations to stem the spread of the coronavirus has had serious repercussions for SA Rugby’s business with no games played in more than three months. Tours by Scotland and Georgia, planned for this month, were canceled and SA Rugby said it had been forced to cut players’ salaries by between 25% and 43% in an effort to save up to $70 million. All players were affected, including South Africa’s 2019 Rugby World Cup winners.

The financial pressure caused by the pandemic would make the profits from a Lions tour even more valuable.

“The whole of South Africa is looking forward to welcoming the Lions,” SA Rugby chief executive Jurie Roux said, “and we continue progressing our plans to provide our local supporters, as well as fans traveling from abroad, with a once-in-a-lifetime experience.” 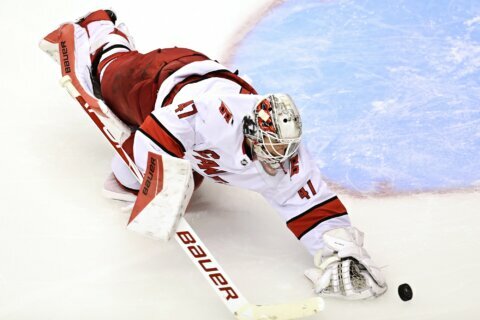