Juventus loses 2-1 at Udinese, fails to secure Serie A title

MILAN (AP) — Juventus missed a chance to clinch a record-extending ninth straight Italian league title as it lost 2-1 at relegation-threatened Udinese on Thursday.

“We lost order, even after the draw, because we wanted to win at all costs,” Juventus coach Maurizio Sarri said. “In this way we took the game to a dangerous level, and after the 90th minute, we lost it.”

Juventus remained six points clear of second-place Atalanta and can secure the title with a win over Sampdoria on Sunday.

It could even be crowned earlier, if Atalanta loses at AC Milan on Friday and Inter fails to win at Genoa on Saturday.

“In this period we are physically and mentally tired, and it is a problem common to all,” Sarri said. “For this reason, being aggressive is something more tiring and, therefore, now what matters most is order … It is difficult to keep it throughout the match and sometimes, like today, we lose it.”

The points could prove crucial for Udinese as it went seven points clear of the relegation zone, with three rounds remaining.

Juventus knew a victory at Udinese would secure the title as the Bianconeri hold the tiebreaker over Atalanta courtesy of a better head-to-head record.

It seemed to be going to plan for Juventus when it took the lead three minutes before halftime. A defensive header out came straight to De Ligt and he took one touch before firing powerfully into the bottom left corner.

However, Nestorovski leveled seven minutes after the restart when he headed in Ken Sema’s cross.

Both sides struggled to create clear scoring opportunities but, just as it seemed headed for a draw, Fofana burst downfield from near the halfway line and slotted past Wojciech Szczęsny.

Ciro Immobile boosted his hopes of finishing the season as the league’s top scorer with the winning goal in Lazio’s 2-1 victory against Cagliari.

Immobile finished off a brilliant pass from Luis Alberto on the hour mark for his 31st goal of the season, one more than Juventus forward Cristiano Ronaldo.

His goal came five minutes after Cagliari goalkeeper Alessio Cragno had pushed Immobile’s effort out off the post.

Sergej Milinković-Savić had netted the equalizer for Lazio with a powerful volley shortly after the break. Giovanni Simeone’s effort was deflected in on the stroke of halftime to give Cagliari the lead.

The victory secured Lazio a spot in next season’s Champions League with the capital side now guaranteed at least fourth place in Serie A. 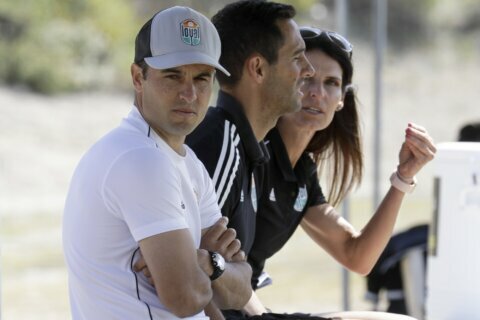