MANCHESTER, England (AP) — England fast bowler Jofra Archer has been fined an undisclosed amount and given an official written warning for breaching strict isolation protocols put in place to enable the return of international cricket.

The England and Wales Cricket Board said in a statement on Saturday that the punishment was handed out following a disciplinary hearing on Friday evening.

Earlier this week, the Barbados-born Archer said he was “extremely sorry” for going to his south-coast home in Hove on Monday as the squad transferred from nearby Southampton, the location of the first test against West Indies, to Manchester.

Archer was withdrawn from the squad before the start of the second test against West Indies in the northern city of Manchester on Thursday, and is in the middle of five days of isolation at the venue.

The player will undergo two COVID-19 checks, which have to test negative before his self-isolation period is lifted. He is due to rejoin the rest of the squad on Tuesday.

Ashley Giles, director of men’s cricket at the ECB, said on Thursday that Archer’s unauthorized trip to Hove could have resulted in “a disaster” and ruined England’s summer of cricket.

“The ripple effect this could have had through the whole summer could have cost us tens of millions of pounds,” Giles said.

“The potential knock-on effect I don’t think he could have understood. A lot is at stake — this match, this series, this summer and, financially, things much bigger beyond that.”

England and West Indies are playing in isolated environments this series because of the coronavirus pandemic and players have been given strict orders to follow so they don’t leave the bubble.

England players made the 225-mile (362-kilometer) trip to Southampton by car, rather than on a team bus, and were told not to make any detours.

Archer’s decision to return home could have jeopardized the whole series if, for example, his detour had only been discovered during the second test and he had mixed with other players.

“He’s a young man and he’s made a bad judgment call,” England coach Chris Silverwood said on Thursday. “He knows he’s done that and we’ll support him the best we can.

Archer, arguably England’s most important bowler, said: “I feel like I have let both teams down and I am sorry.” 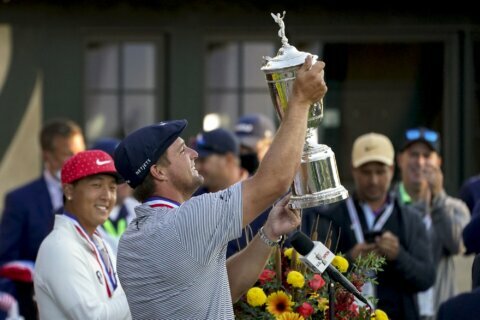