GENEVA (AP) — Match schedules and venues for international soccer in Europe disrupted by the coronavirus pandemic will be decided by UEFA next week.

The Champions League, for this season and next, and the postponed European Championship playoffs and final tournament are at the top of the executive committee agenda published by UEFA on Thursday.

UEFA has made plans to resume the Champions League and Europa League — both stalled in March during the round of 16 — by playing single games in August in one city.

Lisbon is favored for the Champions League and Frankfurt is a contender for the Europa League. The final matches had been scheduled to be played in May in Istanbul and Gdansk, Poland, respectively.

The qualifying rounds for next season’s Champions League should start before this season’s edition ends, and the group stage could be delayed to October from its usual mid-September start.

Euro 2020 was scheduled to open on Friday in Rome and be played in 12 different countries. It was postponed by one year.

At Thursday’s meeting, UEFA wants to confirm all 12 cities will still host at least four games each.

The congested calendar will also affect national teams. Sixteen teams are still involved in playoffs to decide the last four places at Euro 2020. Those playoffs, originally scheduled to be held in March, could begin in October.

World Cup qualifying could run into 2022, with playoffs scheduled that March potentially delayed to June — five months before the final tournament in Qatar.

The Women’s Champions League was halted at the quarterfinal stage, and Vienna was scheduled to host the final.

The executive committee meeting is also looking to agree on a procedure for the World Cup qualifying draw, modify Financial Fair Play rules that monitor club income and spending, and approve guidelines on heading to protect youth players from injury. 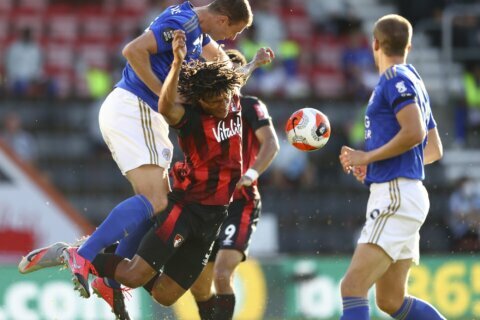 Dutch cyclist Jakobsen in induced coma after crash in Poland