Zlatan Ibrahimović is back.

Ibrahimović scored in his first start back at AC Milan to help them beat Cagliari 2-0 in Serie A on Saturday.

The 38-year-old Ibrahimović netted Milan’s second goal in the 64th minute. Theo Hernández put in a cross from the left and Ibrahimović hit it first time into the bottom right corner.

“I feel good, and when you feel good the goals will come,” Ibrahimović said. “At the beginning of the game I got a few balls wrong but I need to play to get back in form.

“I know that (manager Stefano) Pioli wants to be careful because he’s thinking about my age, but there’s no problem because the mind is always the same and the body has to follow.”

It was Ibrahimović’s 57th goal in 87 appearances for Milan and his first since May 6, 2012 when he netted two against Inter.

The Swede raised his arms in celebration and turned to the AC Milan fans, pumping his fist and encouraging their chants for him.

“Every goal I score, I celebrate like God, that way I feel alive,” Ibrahimović said.

Ibrahimović, who helped Milan to its last Serie A title in 2011, has rejoined the Italian club until the end of the season with an option for another year.

He made his first Serie A appearance in nearly eight years last Monday, off the bench in a 0-0 home draw with Sampdoria.

Milan hadn’t scored for three straight matches and it was a stroke of luck which ended that run, right at the start of the second half, as Rafael Leão’s shot took a massive deflection to loop over Olsen.

Lazio set a new club record of 10 successive Serie A victories as a howler from Napoli goalkeeper gifted the capital side a 1-0 win.

Lazio posed little threat in the second half and there appeared to be little danger when, with eight minutes remaining, a back pass was played to David Ospina. Ciro Immobile rushed in and as the Napoli goalkeeper tried to dribble around the Lazio forward, he slipped, allowing Immobile to take the ball and whip it into the back of the net from a tight angle.

Immobile’s 20th league goal helped third-placed Lazio move to within three points of second-placed Juventus. The Bianconeri visit Roma on Sunday knowing they can leapfrog above Inter Milan, which was held to 1-1 by Atalanta.

Inter dropped two points but it could have lost all three as goalkeeper Samir Handanovic saved a late penalty from Luis Muriel.

The penalty was given after Inter defender Alessandro Bastoni appeared to push over Ruslan Malinovskyi.

It was a soft one but Atalanta will probably feel it atoned for not getting a penalty in the first half when Lautaro Martínez appeared to grab Rafael Tolói’s ankle, tripping up the visiting defender as he was about to tap in the ball.

However, after checking with the video assistant referee, official Tommaso Rocchi waved play on.

Martínez scored in the fourth minute following a swift one-two with Romelu Lukaku. They share 24 goals, many of them set up by the other. 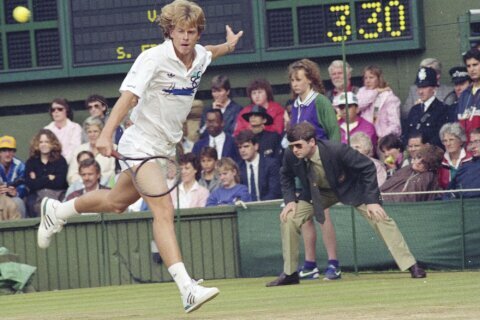 AP Was There: Edberg defeats Becker for 1st Wimbledon title 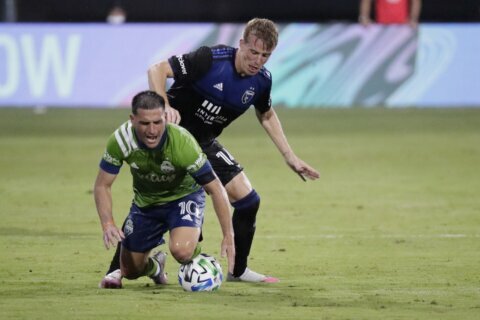