ENGLEWOOD, Colo. (AP) — Vic Fangio is just the second of the Denver Broncos’ 17 head coaches to start his career 0-2, but he believes that should come with an asterisk.

One was a roughing penalty on Bradley Chubb and the other a decision by rookie referee Adrian Hill to put 1 second back on the clock after Allen Robinson’s 20-yard catch at the Denver 35.

After Fangio’s gutsy call to go for 2 put them up 14-13 with 31 seconds left, Chubb had what looked like a clean hit on quarterback Mitchell Trubisky just as he got a first-down throw off to his tight end in the right flat.

Asked about the call, Fangio began his Monday news conference this way:

“In regards to officiating, I’m just going to quote Sean Payton, who’s a much more senior head coach than I am: ‘We can’t control poor officiating or awful calls.'”

Of course, the Bears could say the same about the roughing call on Eddie Goldman, who put a clean hit on Joe Flacco earlier in the fourth quarter, tackling the quarterback around the waist.

The referee quieted the crowd and the Broncos when he said the Bears had called timeout in the nick of time and put 1 second back on the clock.

“No, I don’t think there was,” Fangio insisted. “He went down at 0:01 and nothing in life, in the world, happens simultaneously. There is lag time there, and they didn’t deem there was lag time there.”

The Broncos hadn’t started a season with consecutive losses in 20 years.

“I thought we won,” Derek Wolfe said. “And then I was like, ‘Wait, how are they kicking a field goal ? The time is out.’ And then before that, I thought, ‘How do they call a roughing the passer on Chubb?”

Emmanuel Sanders has 16 receptions for 184 yards, two TDs and a 2-point conversion so far in his comeback from left Achilles tendon surgery and an operation on his right ankle.

Fangio was the designer of the NFL’s best defense in Chicago and the Bears’ hallmarks were takeaways and sacks — two things the Broncos haven’t managed to collect any of so far.

Playing from behind negates the threat of Chubb and Von Miller wrecking opponents’ game plans.

Yes, it was a gut-wrenching loss, but Fangio having the guts to go for 2 raised his standing.

He backed it up Sunday.

Three of them on Sunday came on runs.

After the game, Bolles vowed to improve but accused the officials of picking on him.

“I’ve built a reputation for myself in this league of holding. I disagree with it, to be honest,” Bolles said. “… That was just unfortunate that they keep coming at me.”

RT Ja’Wuan James (knee) won’t be back anytime soon, so with Elijah Wilkinson filling in there, Bolles’ starting job is safe. The Broncos are hoping CB Bryce Callahan (foot) and ILB Todd Davis (calf) can return and give their defense a boost next week.

6 — the number of consecutive losses by the Broncos, who have lost 30 of their past 46 games.

The Broncos have to figure out how to get a lead so they can put pressure on the passer and force mistakes, and with Packers QB Aaron Rodgers up next, Sunday would be a good time to turn things around. 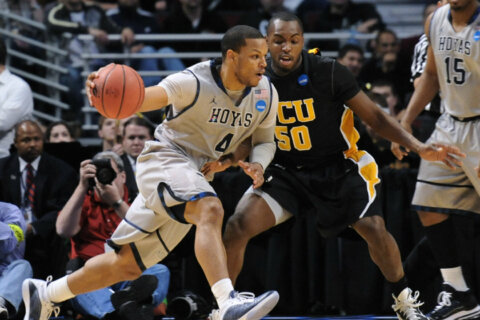 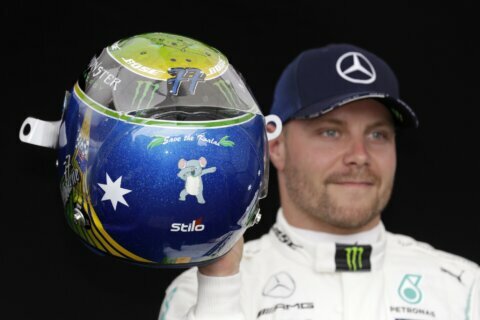 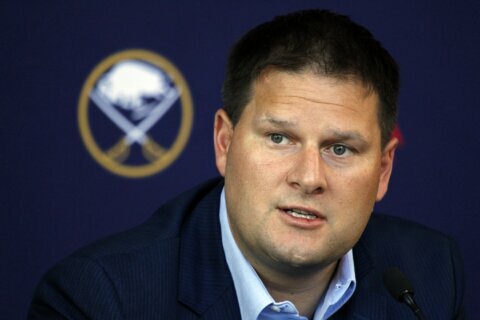