SEATTLE (AP) — The Chicago White Sox got a tantalizing glimpse of their future Friday night. Jose Abreu and Eloy…

SEATTLE (AP) — The Chicago White Sox got a tantalizing glimpse of their future Friday night.

The top half of Chicago’s lineup dominated early in the game as the White Sox snapped a two-game losing streak. The Nos. 1 through 5 batters each reached base safely twice in the first four innings with Moncada getting three hits in that span.

“The first five hitters have the talent to do that on a daily basis,” Moncada said. “I think today was an opportunity for us to show it.”

Moncada’s run-scoring triple and Adam Engel’s solo home run put the White Sox up 5-3 and chased starter Yusei Kikuchi (6-10) with two outs in the third. Moncada then cleared the bases with a double for an 8-3 lead after reliever Wade LeBlanc loaded them on two hits and a walk to start the fourth inning.

Things got out of hand quickly for Kikuchi, who left the ball out over the middle of the plate too many times.

“They were pretty aggressive,” Mariners manager Scott Servais said. “It wasn’t like he was behind in the count a lot. You saw a lot of first-pitch hacking. They were on it, they were seeing the ball, obviously, very good off him. When your breaking balls are up, in the middle of the plate, you’re going to get hit.

Kikuchi gave up a solo home run to Abreu in the first. His teammates, however, took advantage of two walks and a wild pitch with one out from Dylan Covey to build a 3-1 lead in the bottom of the inning. But Kikuchi reached 60 pitches on Engel’s third-inning home run and was done for the night.

Josh Osich (3-0) pitched 2 1/3 innings for the win. He struck out three and allowed three hits.

The Mariners have lost eight of their last 10, but were in it to the end thanks to a couple of rallys. Shed Long’s two-run single in the fourth and Daniel Vogelbach’s two-run pinch-hit double in the eighth made it 8-7.

But Jimenez padded the lead with his 27th homer in the ninth and Alex Colome pitched the final 1 1/3 innings for his sixth save.

The White Sox stopped rookie Kyle Lewis’ run at the record books, holding him without a home run. Lewis was the second player in major league history to hit homers in each of his first three games. He did have a hit and an RBI, extending that streak into the fourth game of his career.

Meanwhile, Tim Anderson continued his run at the batting title as well. The shortstop was 2 for 5 in the game with a double and an RBI single, and improved his average to .334.

He’s taking his manager Rick Renteria’s advice and not really thinking about the chase.

“I’m just staying within myself and just try to stay consistent in what I’ve been doing and not worry about the rest of that stuff,” Anderson said.

Mariners: OF Mitch Haniger remains shut down while recovering from a back injury suffered while rehabbing from testicle surgery. Haniger had hoped to be back on the field by now, but his return looks less and less likely this season. “Certainly the clock’s ticking,” Mariners manager Scott Servais said. . OF/DH Domingo Santana (elbow) is throwing 150 to 200 feet on the side and could return to the outfield for a few games toward the end of September. “I don’t think we’re looking for him to air guys out at home plate from right field, but hit the cutoff man,” Servais said. “I definitely want to get him back out there. He’s been working hard to get that arm back in shape.” . SS J.P. Crawford (hamstring) returned to the lineup

White Sox: RHP Dylan Cease (3-7, 6.53 ERA) has pitched at least 5.0 innings in each of his five starts on the road. This will be his first appearance against the Mariners. 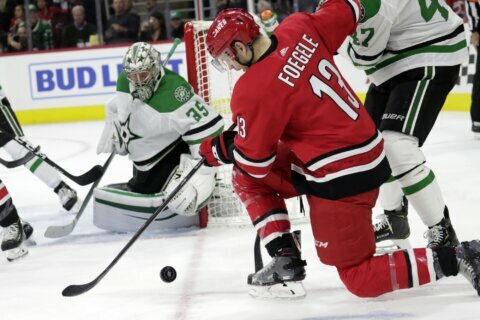