NASHVILLE, Tenn. (AP) — The popular pick to win the AFC South all offseason had been Andrew Luck and the…

NASHVILLE, Tenn. (AP) — The popular pick to win the AFC South all offseason had been Andrew Luck and the Indianapolis Colts.

That threw the door wide open in the AFC South, the only division with winning records for three teams last season.

The Colts quarterback heard boos as he walked away from the field, then walked to a podium Saturday night and made the surprise decision official. The oft-injured star is done at age 29.

“I’m in pain, I’m still in pain. It’s been four years of this pain, rehab cycle,” Luck said. “It’s a myriad of issues — calf strain, posterior ankle impingement, high ankle sprain. Part of my journey going forward will be figuring out how to feel better.”

The endless barrage of injuries stripped away his joy for the game and prompted him to walk away so he could enjoy the life he wants.

“There’s no doubt when you hear him talk about the cycle of pain and injury and rehab, you can hear that,” coach Frank Reich said. “There’s a saying in football that everyone knows and everybody lives by: it’s next man up. And even though this situation is unique, no one is exempt.”

That task now falls to Jacoby Brissett, a fourth-year player whom the Colts acquired two years ago. He went 4-11 as a starter in the 2017 season.

Defending AFC South champ Houston has Deshaun Watson and DeAndre Hopkins along with J.J. Watt back healthy and in his prime. The Titans lost their playoff spot to the Colts in the regular-season finale with Marcus Mariota out, and they protected themselves by upgrading their backup spot. Even Jacksonville has high hopes with Nick Foles now at quarterback; the Jags are coming off a miserable 5-11 season after playing in the AFC championship game in 2017.

Some things to know about the AFC South:

Indy has bulked up its roster around Luck at first, and now Brissett. The Colts can lean on second-year coach Frank Reich and an improved Brissett. All-Pro guard Quenton Nelso n solidified an offensive line that allowed the NFL’s fewest sacks (18) . The Colts have two Pro Bowl tight ends in Eric Ebron and Jack Doyle , a Pro Bowl receiver in T.Y. Hilton, and running back Marlon Mack, who nearly cracked the 1,000-yard mark despite missing four games.

All-Pro linebacker Darius Leonard led the league in tackles as a rookie, and a secondary that has long been a weakness now appears to be a strength. Both Nelson and Leonard achieved such status as rookies.

The Texans are without a general manager while coach Bill O’Brien works to improve an 11-6 record and find a way to win in the postseason after Indianapolis beat Houston on its own field. The Texans still are trying to figure out the best offensive line to protect Watson after giving up the most sacks in the NFL (62). They’re leaning on left tackle Matt Kalil, who sat out 2018 recovering from a knee injury, hope right tackle Seantrel Henderson has recovered from his broken ankle in the 2018 opener, and have high hopes for versatile lineman Tytus Howard — their first-round draft pick.

Hopkins is coming off a career-best 1,572 yards receiving, second best in the NFL. Watt often looked like a three-time Defensive Player of the Year last season, but the Texans are still waiting to see when defensive end Jadeveon Clowney shows up to work under his franchise tag. The Texans also revamped half their starting secondary after losing safety Tyrann Mathieuand Kareem Jackson to free agency.

Tennessee has surrounded Mariota with the most offensive talent he has had since being drafted No. 2 overall in 2015, but the Titans are letting him earn a contract extension after missing three starts in 2018. With three straight 9-7 seasons, the Titans are tied for fifth best in the NFL in that stretch, but with only one playoff berth to show for it . They want much more after signing wide receiver Adam Humphries and left guard Rodger Saffold in free agency and drafting receiver A.J. Brown.

Mariota is among at least 14 Titans , including seven starters, in the final year of their deals. They also have coordinator Dean Pees back for a second season with a unit that was the NFL’s third-stingiest scoring defense.

The Jaguars believe signing the MVP of the 2018 Super Bowl is the key to fixing a team that finished last in the AFC South for the second time in three years — most recently just months after playing for the AFC championship. They gave Foles a four-year, $88 million contract with $50.125 million guaranteed and paired him with former Eagles quarterbacks coach John DeFilippo as his coordinator. If they get the quarterback who won four playoff games for Philadelphia over the past two seasons, that could be enough to revive the Jaguars with their strong defense.

They also need running back Leonard Fournette to return to form in a make-or-break season, and left tackle Cam Robinson to heal up quickly after starting camp on the physically unable to perform list. 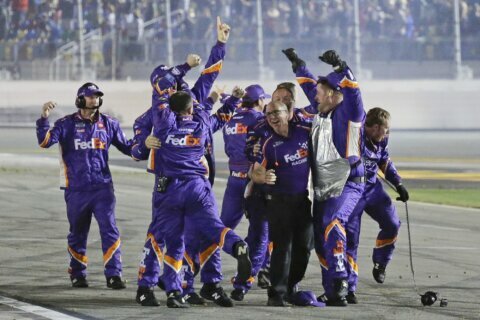 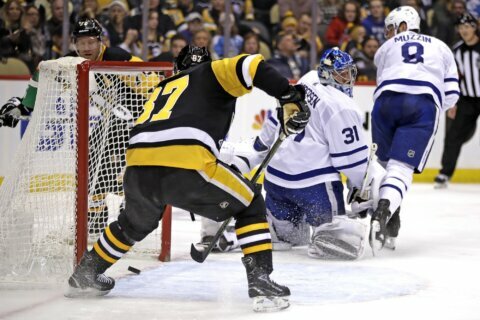