Didi Gregorius and DJ LeMahieu connected as the Yankees extended their major league record to 29 straight games with a home run. The AL East leaders overcame two homers and a double by Lourdes Gurriel Jr., plus an early 5-0 deficit, to finish a power-packed 9-1 homestand.

Now, they’ll head straight from Yankee Stadium to England, where they’ll enjoy two days off before playing the Boston Red Sox at London Stadium on Saturday and Sunday in the first major league games in Europe.

Zack Britton wasn’t so great in giving up Cavan Biggio’s RBI single in the ninth that made it 7-all. But Britton (3-1) wound up with the win to close out a three-game sweep.

Gregorius got an infield hit off Nick Kingham (3-2) with one out in the ninth, Aaron Hicks walked and Torres followed with his hit.

Mengden (2-1) gave up four hits and struck out five for his first win since May 18 at Detroit. He took the starting rotation spot of Frankie Montas, who was suspended 80 games June 21 for testing positive for a performance-enhancing substance.

Yusmeiro Petit pitched the seventh, Joakim Soria the eighth and Liam Hendriks got the last three outs for his second save in four chances. Hendriks has not allowed a run in 23 of his last 25 appearances.

Oakland got its fifth shutout of the season — first on the road — and first since May 7 against Cincinnati.

St. Louis was shutout for the sixth time this season, and the third time in its last 14 games.

PHILADELPHIA (AP) — Jay Bruce ripped an RBI double in the bottom of the 10th inning against his former team, and Philadelphia rallied to beat reeling New York.

Mets lefty Jason Vargas tied a career high with 10 strikeouts in his first start since being fined for an expletive-filled confrontation with a reporter, but was pulled after only 77 pitches and the Phillies overcame a 4-0 deficit against New York’s leaky bullpen.

Rhys Hoskins drew a walk from Stephen Nogosek (0-1), and J.T. Realmuto singled. Roman Quinn ran for Hoskins and Bruce, traded by the Mets twice in the last two years, sent a long drive over center fielder Juan Lagares’ head to give Philadelphia its third straight win over New York after a seven-game losing streak.

Dominic Smith and Jeff McNeil hit solo homers for the Mets, who have lost four in a row.

Bauer (6-6) had the 23rd double-figure strikeout game of his career and his fourth this season. The right-hander gave up one run and didn’t allow a hit until rookie Humberto Arteaga singled with two outs in the fifth.

Bauer matched a career high by throwing 127 pitches and held the Royals to three hits.

Jake Bauers and Tyler Naquin homered off Jakob Junis in the fourth.

Lucas Duda homered in the ninth for Kansas City off Nick Wittgren.

BOSTON (AP) — José Abreu hit a two-run homer over the Green Monster and out of Fenway Park in the ninth inning as Chicago recovered after blowing the lead in the eighth.

Matt Barnes (3-3) gave up three straight hits in the top of the ninth — Leury García was caught stealing — including Abreu’s 19th homer of the season.

Abreu had three hits and four RBIs, and García also had three hits for Chicago. James McCann had an RBI single and added a solo home run against Chris Sale as Chicago pounced on the Boston starter for five runs in the first three innings.

It marked the 10th time this season that Baltimore yielded at least five home runs. Bundy gave up two of them and now has allowed 19 homers in 16 starts.

Jonathan Villar and Pedro Severino homered for the Orioles, who have lost 13 of 14. Baltimore owns the worst record in the majors (22-58) and the worst at home (9-30).

SAN FRANCISCO (AP) — David Dahl hit a go-ahead grand slam in the third and drove in a career-high five runs to lead Colorado.

Dahl connected off Jeff Samardzija for his second career grand slam, with the other coming last Sept. 10 against Arizona. It marked the first grand slam ever hit by a Rockies player in San Francisco.

Dahl added an RBI single in the seventh. He had a two-run shot in the series opener.

The big swing in the series finale backed German Márquez (8-3), who immediately surrendered Pablo Sandoval’s homer the next inning but won his second straight decision. Márquezallowed three runs and seven hits, struck out two and walked two over five innings. Wade Davis finished for his 11th save.

Samardzija (4-7) was tagged for five runs and three hits in five innings.

PHOENIX (AP) — Eduardo Escobar’s three-run home gave Arizona a four-run lead before Los Angeles recorded an out, and the Diamondbacks cruised to the win.

The Dodgers, with the best record in the majors at 55-27, lost for just the second time — both to Arizona in the three-game series — in nine games, while Arizona finished a nine-game homestand 3-6.

Jarrod Dyson had three hits, an RBI and swiped two bases to raise his NL-leading total to 19. He also had a home run-stealing catch over the right-center field fence.

The Dodgers’ Cody Bellinger hit his 26th home run of the season, tying him for for fourth-most before the All-Star break in franchise history.

The Diamondbacks roughed up Tony Gonsolin (0-1) right away in his major league debut.

Gonsolin got his first major league hit in his first career at-bat in the thirdn eight starts at Triple-A Reno.

Matthew Boyd (5-6) struck out 11 for Detroit in seven innings, and he too allowed only five hits — but three of them were solo homers in the fifth. The Rangers are now a season-high eight games over .500.

Texas has won five of six, and after taking the first two games at Detroit, the Rangers have won or split each of their last nine series.

Brandon Dixon homered for Detroit’s only run. The Tigers have lost six straight and 10 of 11.

Patrick Corbin pitched seven solid innings and snapped a four-game road losing streak. Corbin (7-5) allowed one run and three hits, walked one and struck out nine. He struck out Cesar Puello in the second inning to reach 1,000 for his career.

Trea Turner and Adam Eaton had two hits each and Anthony Rendon drove in two runs for the Nationals, who have won seven of nine.

Miami starter Zac Gallen (0-1) had allowed one hit and retired eight straight through five before Washington chased him with a four-run sixth.

Washington led 4-1 and padded their advantage with a three-run ninth against reliever Tayron Guerrero.

The Marlins rallied with four runs off reliever Javy Guerra in the ninth before Sean Doolittle struck out JT Riddle for his 17th save.

Shohei Ohtani went 3 for 3 with a walk for the Angels (41-40), who hit the halfway point of their season with six wins in nine games after this two-game interleague sweep.

Trout walked leading off the eighth and advanced on a wild pickoff throw by Raisel Iglesias (1-7). After Ohtani singled Trout to third, Cincinnati got two outs before David Fletcher hit a deep grounder to shortstop Jose Iglesias, who couldn’t get off a throw while Trout scampered home.

Bour followed with an impressive three-run homer, adding it to his solo shot in the fifth for his first multihomer game since joining the Angels.

Yasiel Puig homered in the fifth for the Reds, who lost four straight to close out their six-game road trip.

Taylor Rogers got the last four outs for his 10th save, and the Twins beat the Rays for the fifth straight time.

Cruz beat out an infield single that died in the grass halfway up the third-base line during a three-run first against Morton (8-2). His last hit was more in form, a crushed line drive off Emilio Pagan with an exit velocity of 108 mph that landed in deep center field.

The seventh-inning rally was fueled by an error on Morton.

Twins starter Jake Odorizzi squandered his 3-0 lead, when Kevin Kiermaier hit a two-run homer in the second inning and Tommy Pham went deep to tie the game in the sixth. Odorizzi was removed one batter later. Trevor May (3-1) allowed a solo shot to Willy Adames in the seventh, but the momentum didn’t last long for the struggling Rays. They are just 10-16 since beating the Twins 14-3 at home on May 30.

Crawford put Seattle on the board with an RBI double in the first inning and then made it 3-0 with a run-scoring triple in the second.

Those runs came at the expense of Brewers right-hander Adrian Houser (2-2), who allowed three runs and four hits in two innings.

Mariners opener Matt Carasiti needed just 18 pitches to get through his one inning. LeBlanc (5-2) took over in the second and kept Milwaukee off the board until Mike Moustakas led off the sixth with his 23rd home run.

LeBlanc allowed five hits and a walk in five innings. Rolenis Elias worked two scoreless innings for his 10th save.

Brian McCann also connected for the Braves, who won a matchup of NL division leaders for the second straight night.

Keuchel (1-1) allowed three runs and eight hits over 5 2/3 innings in his second start with Atlanta. He remained in the game following a 48-minute rain delay in the fourth.

After a long wait in free agency, the 2015 AL Cy Young Award winner signed a one-year contract with Atlanta on June 7 that pays him $13 million.

Four relievers combined to get the final 10 outs and hold the Cubs scoreless. A.J. Minter went 1 1/3 innings for his fourth save.

Willson Contreras homered and tripled, and Kris Bryant also connected for the Cubs.

Chicago starter Yu Darvish (2-4) had his string of 10 straight no-decisions snapped with the loss. He allowed five runs on five hits in five innings. In 12 starts at Wrigley Field since signing with the Cubs prior to the 2018 season, Darvish is 0-5 with a 6.03 ERA.

Bell connected off rookie Framber Valdez (3-4) for a two-run shot in the first inning and the Pirates added two runs each in the second and third to build a 6-1 lead and cruise to their fifth victory in six games.

Pittsburgh led 8-2 entering the ninth before tacking on six runs when Houston manager AJ Hinch sent first baseman Tyler White to the mound with his team way behind.

Agrazal (1-0), called up from Triple-A Indianapolis before the game, yielded five hits and one run in his second career start.

Jung Ho Kang added a two-run homer for Pittsburgh. Kevin Newman had four hits, capped by a two-run homer, to extend his hitting streak to a career-high 16 games — longest in the majors.

Houston’s George Springer had three hits, including a leadoff homer in his second game back from the injured list. 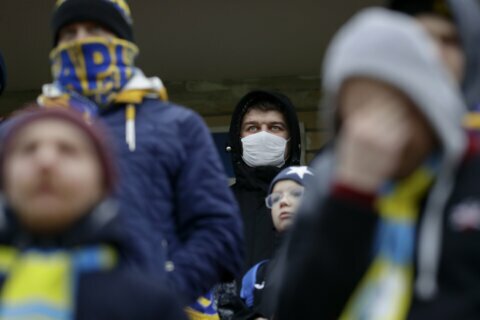 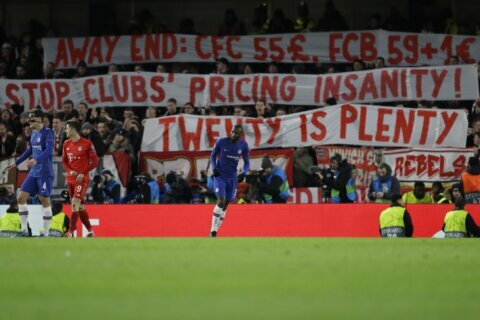 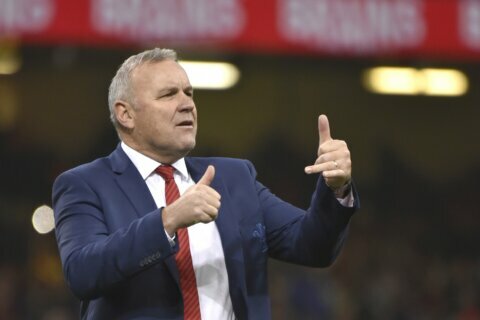