These were some of the slogans displayed by Marseille fans last weekend at Stade Velodrome, mocking the “Champions Project” plan of American owner Frank McCourt, who aimed to return the club back to the summit of French soccer and among the European elite.

Instead, in front of those poster-holding fans, former European champion Marseille was humiliated by Lyon 3-0 at home.

Ahead of the trip to Toulouse on Saturday, Marseille is seven points behind fourth-placed Saint-Etienne. With only two rounds left in Ligue 1, it means the club won’t even qualify for the Europa League.

Two and a half years after McCourt took over, the southern side has not lived up to expectations, and coach Rudi Garcia’s future is hanging in the balance after he failed to find the right balance in a squad featuring some brilliant individuals.

Marseille, which made it to the 2018 Europa League final but earned only one point in the group stage this season, has 13 defeats in 36 matches in the French league, has conceded 50 goals — its worst total in more than 30 years — and lost all of its matchups against the top three teams.

Constant tinkering with the lineup — Garcia fielded 41 different starting XIs in 44 matches in all competitions — to find a winning combo contributed to Marseille going backward, in sharp contrast to the club’s motto of “Straight to Goal.”

“There is no point looking for excuses,” World Cup winner Florian Thauvin said last month after a loss in Bordeaux. “We should stop fooling ourselves. We did not make a good season. And even if we qualified for the Champions League, what could we achieve? Every year it’s the same thing. We don’t win the games we need, we make too many mistakes.”

Marseille Ultras supporters, who play a major role in the running of the club, have had enough, too, and are asking for Garcia’s firing. They are also unhappy with club president Jacques Henri Eyraud, who appointed the coach when McCourt, the former Los Angeles Dodgers owner, launched his project of making Marseille great again, then extended Garcia’s deal to 2021.

“It’s one of the most difficult seasons of my career,” says Garcia, who seems under no illusion his time is up at the club. “But it’s part of my experience, and I’m sure I will use it in the future.”

Thauvin has appeared unconcerned in recent weeks, and has not scored in the league in more than two months. He has repeatedly said his main goal in club football is to play the Champions League and appears bound for a transfer this summer.

Balotelli is not expected to stay either, but Marseille could struggle to find credible replacements as it remains closely monitored by UEFA in regard to financial fair play rules, and might not be allowed to spend as much as it wants. 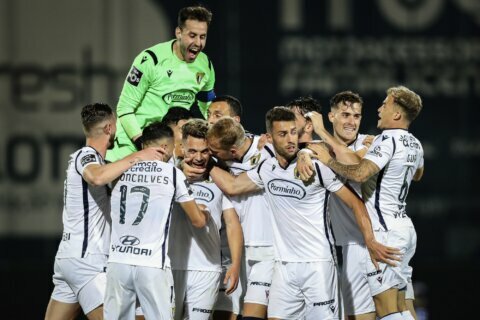 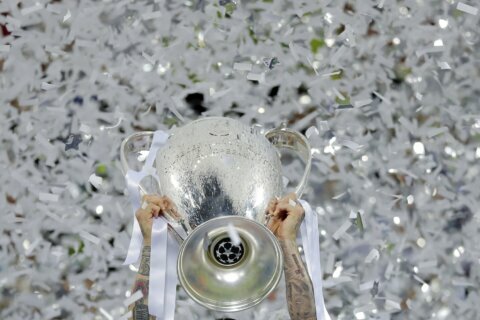